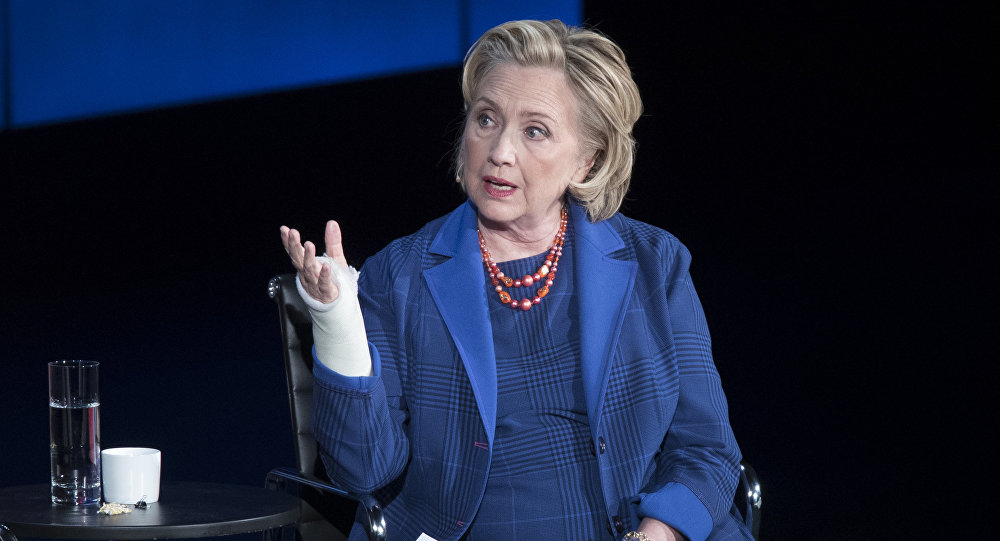 Hillary Clinton lost the 2016 presidential race despite winning the popular vote by a large margin. Later that same year, she announced her decision to quit politics.

If Hillary Clinton’s chances of winning the White House in 2020 look slim, it’s because she simply lacks enough popular support to come out on top, a Democratic pollster has warned, citing results of a recent American barometer survey.

© Sputnik / Anton Denisov
Hillary Reportedly Returns to US Politics as Midterm Election Campaign Kicks Off
The poll showed that 44 percent of those who voted for Clinton in 2016 said they would vote for the former First Lady if the presidential election were to be held again.

According to Molly Murphy, a partner at ALG Research, the 44 percent reflect only the true believers among Clinton’s supporters, while to win the US presidency a candidate needs to build popular support beyond his or her base.

"I think that the [44] percent or so that said they supported Hillary Clinton, that's not enough to get you reelected. I think that that's people who liked Hillary Clinton who still like her, and still would vote for her again. The passage of time is unlikely to change that," Murphy said during an appearance on Hill.TV’s “What America’s Thinking” show.

The same poll showed that President Trump might have to work real hard to repeat his 2016 success if the election were held today, as a mere 36 percent of Trump voters said they would support him again.

"I think that what that poll shows is that neither one of those candidates are even within a couple of points of 50 percent," Murphy said.

In her new book, titled “What Happened,” Hillary Clinton blames her loss in the 2016 election on Russia allegedly attempting to influence the vote’s outcome. She also blamed former FBI Director James Comey for his decision to reopen the investigation into the handling of classified material on her personal email server as Secretary of State.

READ MORE: Hillary Clinton Alleges Putin Knows How to 'Manipulate' People Due to KGB Past

Clinton is the fifth presidential candidate in US history to win the popular vote and lose the Electoral College.

Democrat Al Gore, the only other presidential candidate this century to come up short in the Electoral College but claim a popular vote victory, received 540,000 more votes than President George W. Bush.