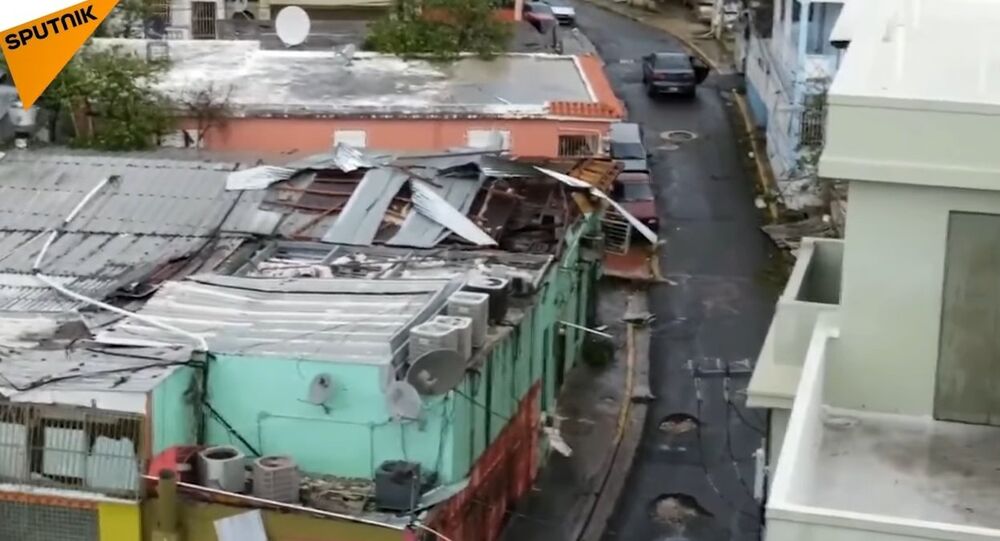 WASHINGTON (Sputnik) - More than 130 US lawmakers are calling on President Donald Trump to acknowledge the official death toll from Hurricane Maria and apologize for his recent comments about the fatalities, a letter to Trump said.

"We write to denounce your recent statements about the fatalities in Puerto Rico from Hurricanes Irma and Maria and their aftermath. These comments were grossly inaccurate, callous, embarrassing and beneath the dignity of the Office of the President of the United States. We call on you to immediately apologize and set the record straight by publicly acknowledging the official death toll," the letter published on Wednesday by Senator Elizabeth Warren and Congressman Nydia Velazquez showed.

The lawmakers said Trump insulted the families who are mourning their loved ones when he asserted that the official death toll of 2,975 was incorrect, and inflated by Democrats to make him look bad.

In addition to issuing an apology, Trump should also ensure that his administration improves its efforts to aid in Puerto Rico's recovery, the letter stated.

On Thursday, Trump said in a Twitter post that when he visited Puerto Rico, somewhere between six and 18 deaths had been reported, and that number did not increase until long after the storm passed, adding "this was done by the Democrats in order to make me look as bad as possible when I was successfully raising Billions of Dollars to help rebuild Puerto Rico. If a person died for any reason, like old age, just add them onto the list. Bad politics."

On September 20, Hurricane Maria made landfall in Puerto Rico as a Category 4 storm, causing extensive damage to the island’s infrastructure and an electrical grid.