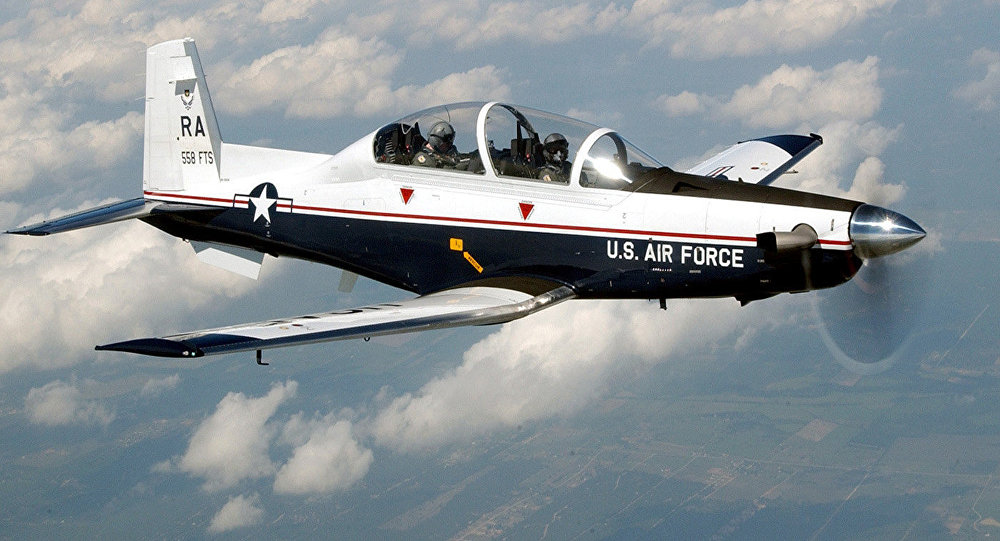 © AP Photo / Red Cross Durango
At Least 65 Americans Boarded Plane Before Crash in Mexico - State Department
Local TV KSAT reported that the plane had crashed in a grassy area. The two pilots in the aircraft ejected safely, the report said. The report also that the airplane crashed as a result of an engine failure.

Joint Base San Antonio-Randolph officials later confirmed to the Military Times that the plane's crew members ejected safely, noting, however, that the pilots "sustained minor injuries."

Previous week, another US training aircraft T-38 Talon II crashed at an Air Force Base in Wichita Falls, Texas. Both crew members sustained injuries, but managed to eject as well.