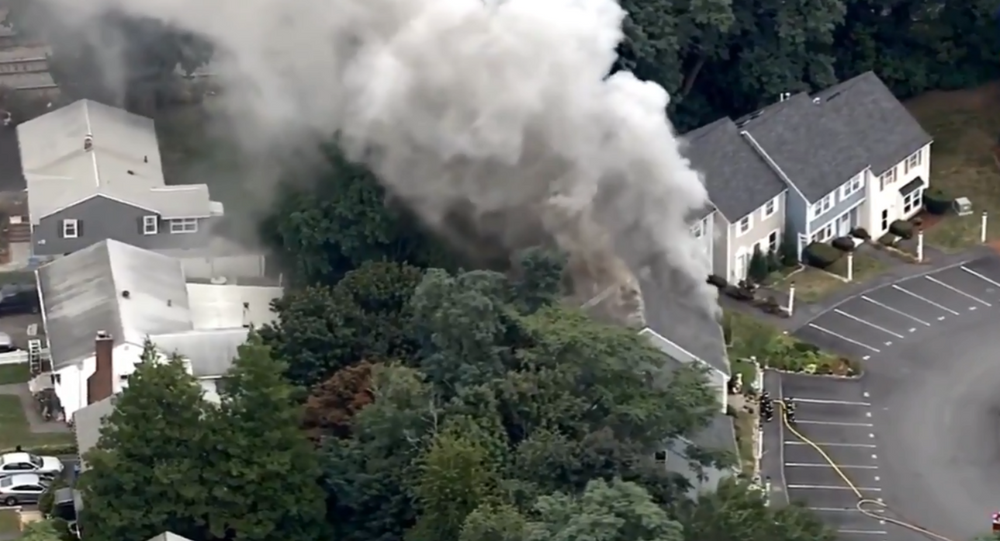 Emergency response crews are responding to gas-related explosions in three separate communities in Massachusetts' Merrimack Valley region, local media reported Thursday. Three people, including a firefighter, were directed to the Lawrence General hospital after being injured.

State Police have confirmed 70 fires, gas, or investigations of gas odors in Lawrence and in North Andover. However, numbers are expected to grow. At least one home has been reported as being completely destroyed.

According to local newspaper the Eagle-Tribune, the fires are the result of a problem with the gas line that homes and businesses in Andover, North Andover and Lawrence are connected to.

Massachusetts State Police have told residents in all the affected communities who are served by Columbia Gas to evacuate, as the company is depressurizing its gas lines in response to the incidents.

Residents are being urged to shut off their gas lines and evacuate their homes. Lawrence Police Chief Roy Vasque told the Tribune that "he's never seen anything like this."

​A Lawrence police officer was quoted as saying that "homes are exploding like crazy."

Some 250 customers in Lawrence had their gas services interrupted in August "due to hit line by a third party," provider Columbia Gas told CNN. According to WBZ, workers with Columbia Gas had been working in the area hours before homes were engulfed in flames.

​The gas company told NBC News that residents who smell gas in their homes would immediately leave the grounds and refrain from opening or closing any windows or doors.

When Ocean Freezes Over in Massachusetts