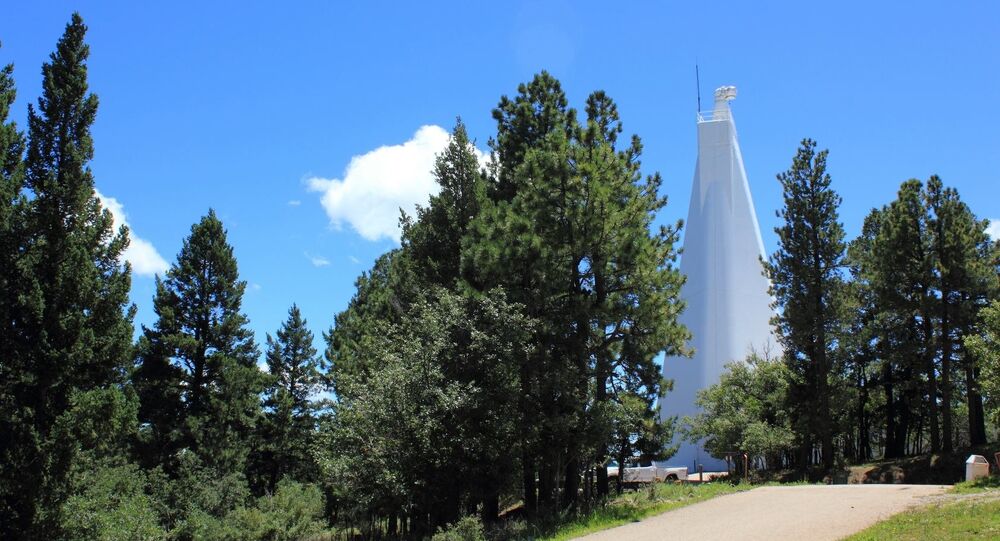 The Sunspot Observatory in New Mexico’s Sacramento Mountains has been closed since Thursday under a shroud of mystery after the FBI evacuated it for reasons they would not explain to local authorities.

The puzzling closure of the observatory and the post office nearby has conspiracy theorists going wild with accounts of what happened. Vague statements from authorities have only thrown fuel on the fire.

The observatory allows the public to tour it and use the telescope. It even has a visitors' center — which is now "closed until further notice."

The Association of Universities for Research in Astronomy (AURA) manages the observatory. "We have decided to vacate the facility at this time as precautionary measure. It was our decision to evacuate the facility," spokeswoman Shari Lifson said, refusing to be more specific about the "security issue." Oddly, she also that that she wasn't even sure when the facility was vacated but added that "it will stay vacated until further notice."

"The local authorities do know and are aware of the situation," she said. The local sheriff, however, describes a bizarre situation.

Otero County Sheriff Benny House says he has been left in the dark about the closure. "The FBI is refusing to tell us what's going on," he said, adding that the bureau told his department to stand by while they evacuated the building. "Nobody would really elaborate on any of the circumstances as to why. The FBI were up there. What their purpose was, nobody will say."

"But for the FBI to get involved that quick and be so secretive about it, there was a lot of stuff going on up there," he added. "There was a Blackhawk helicopter, a bunch of people around antennas and work crews on towers, but nobody would tell us anything."

Lifson wouldn't comment about FBI involvement, and the FBI has not returned any calls from reporters.

"They wanted us up there to help evacuate, but nobody would tell us anything," Sheriff House said. "We went up there, and everything was good. There was no threat. Nobody would identify any specific threat. We hung out for a little while; then we left. No reason for us to be there. Nobody would tell us what we're supposed to be watching out for."

AURA is "addressing a security issue at the National Solar Observatory facility at Sacramento Peak, New Mexico and has decided to temporarily vacate the facility as a precautionary measure," the observatory wrote on Facebook, adding that it is "working with the proper authorities" but has "no further comment at this time."

GOP Congress Nominee: I Was Abducted by Aliens, But It Doesn’t Characterize Me