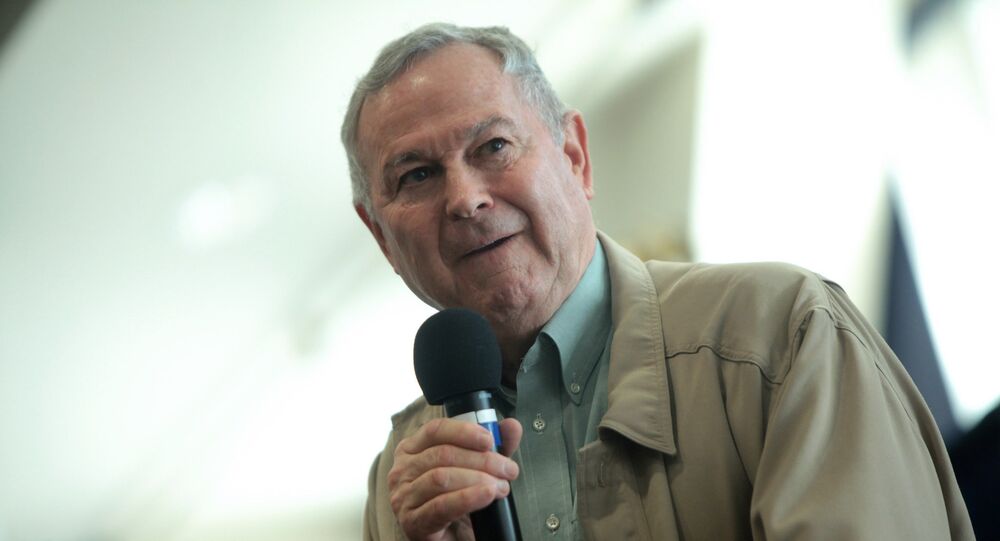 A Democratic political action committee (PAC) dropped six figures on two ads against 30-year incumbent Congressman Dana Rohrabacher (R-CA) ahead of California’s election on November 6. The ads are mock endorsements from the Russian Federation of the candidate.

The ads take aim at Rohrabacher's association with Russia, an issue the congressman thinks people in his district simply don't care about. Rohrbacher has previously told CNN that the current fixation on Russia is a "phony [public relations] campaign" and is "insulting" to the "intelligence of the American people. Two-thirds of Americans say they want special counsel Robert Mueller's investigation into alleged links and coordinations between US President Donald Trump and the Russian government to end before the November midterm elections, according to a mid-August poll conducted by the survey-research company SSRS.

"The Democrats are investing a great amount of resources trying to portray Dana Rohrabacher as a Russian stooge," Alan MacLeod, an academic specializing in media analysis and a member of the Glasgow University Media Group, told Sputnik News. "This is unlikely to resonate with voters; despite the constant media attention to the issue over the last two years, a recent Gallup poll found that less than one percent of Americans consider Russia to be a top issue."

While it isn't clear how much the two digital video advertisements cost, they were purchased alongside two mailers, which in all cost at least $100,000, according to The Hill. One of the mailers features a photoshopped image of Russian President Vladimir Putin next to Rohrabacher, and the other is a fake letter from Putin endorsing him.

One of the ads features the voice of a woman with a bad Russian accent announcing, "The Russian Federation is proud to endorse Dana Rohrabacher for Congress," calling him a "a true Russian hero."

The ad also thanks Rohrabacher for "standing with Putin and Russia."

"Far more important issues for Americans included unemployment, taxes, healthcare and immigration," MacLeod said. "Unfortunately, the Democrats continue to use the McCarthyist tactic of accusing others of being agents of Russia precisely because they often do not oppose the Republican policies on these key issues, and because it deflects attention away from their own failings."

The PAC — Red to Blue — aims to flip the district, one of just seven of California's 53 districts with Republican representation. Rohrabacher's Democratic opponent, Harley Rouda, was a Republican and donated to a Republican candidate in the 2016 election. He's also a real estate executive "opposed to rent control," according to the New York Times.

On Monday, a poll by the NYT and Siena College found that Rouda and Rohrabacher are tied at 45 percent support from likely voters.

Rohrabacher's campaign doesn't seem to think the ads will affect his reelection chances. In a statement, the Trump ally's spokesman Dale Neugebauer said Rohrabacher's constituents have priorities other than Russia. Ironically perhaps, the spokesman railed against "partisans" who "can't see beyond their own obsessions" before denouncing "illegal aliens" and "the impact of Sober Living Homes," which are like halfway houses for people transitioning from inpatient care for drug addiction.

"There are many better things to attack Rohrabacher on, for instance his opposition to public healthcare, his denial of climate change and his strong opposition to basic LGBT rights," MacLeod told Sputnik News. "These issues would be sure to resonate with their base and the general public, but the fact that the party managers are ignoring them in favour of Russia-baiting is a sign of how insular and out of touch they are."

Rouda, meanwhile, complained on Twitter on Monday of super PACs "spending millions of dollars on attack ads" against him.

US Congressman Dana Rohrabacher Urges US to Restore Relations With Belarus