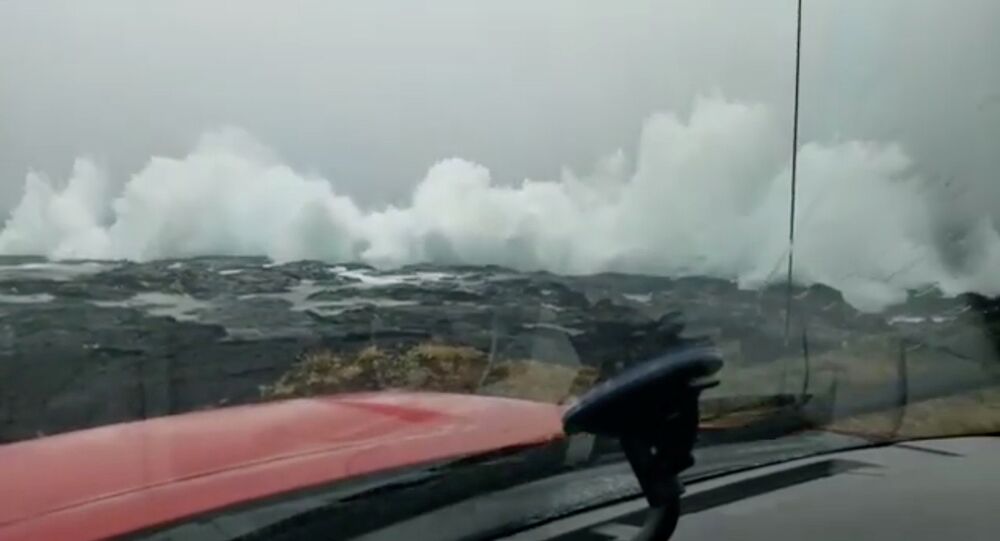 WASHINGTON (Sputnik) – The White House is in contact with US states and territories, including Puerto Rico and Guam, as they are facing threats from the approaching hurricane season, Press Secretary Sarah Sanders said in a press briefing on Monday.

My people just informed me that this is one of the worst storms to hit the East Coast in many years. Also, looking like a direct hit on North Carolina, South Carolina and Virginia. Please be prepared, be careful and be SAFE!

Earlier on Monday, the National Weather Service said Hurricane Florence has strengthened to a Category 4 hurricane, with winds near 130 miles per hour, and is expected to approach the coast of South Carolina or North Carolina on Thursday.

The weather service is also reporting two other hurricanes, Isaac and Helene, lingering behind Hurricane Florence. However, there are no coastal watches or warnings in effect.

Flying out of Charolette I got the most amazing views of the outer bands of Hurricane Florence 🌊 #HurricaneFlorence pic.twitter.com/kACpHjYDam

© NASA . NASA
US Navy Evacuates Ships, 200 Troops Activated Ahead of Hurricane Florence
Guam and the Northern Mariana Islands were under the threat of Typhoon Mangkhut. However, the National Weather Service reported on Monday that the storm is moving away from the region and conditions are expected to improve throughout the day.

Meanwhile, Authorities in the US state of South Carolina ordered a mandatory evacuation for coastal counties ahead of the arrival of Hurricane Florence, the state Governor’s office said. "Governor Henry McMaster, in coordination with local officials, has issued Executive Order 2018-29, which orders the evacuation of coastal South Carolina residents for their personal safety as Hurricane Florence approaches," the governor's office said in a statement on Monday.

Residents in all hurricane evacuation zones should evacuate by no later than noon local time on Tuesday, the statement said. The governor has also ordered the closure of schools in the 26 affected counties, it added.

Tremendous look inside the eye of #Florence today via @CIMSS_Satellite pic.twitter.com/LFHtos8qaW

US Navy Evacuates Ships, 200 Troops Activated Ahead of Hurricane Florence

Cat 4 On Lock: Heavy Rain, Surf and Wind as Florence Heads to US East Coast