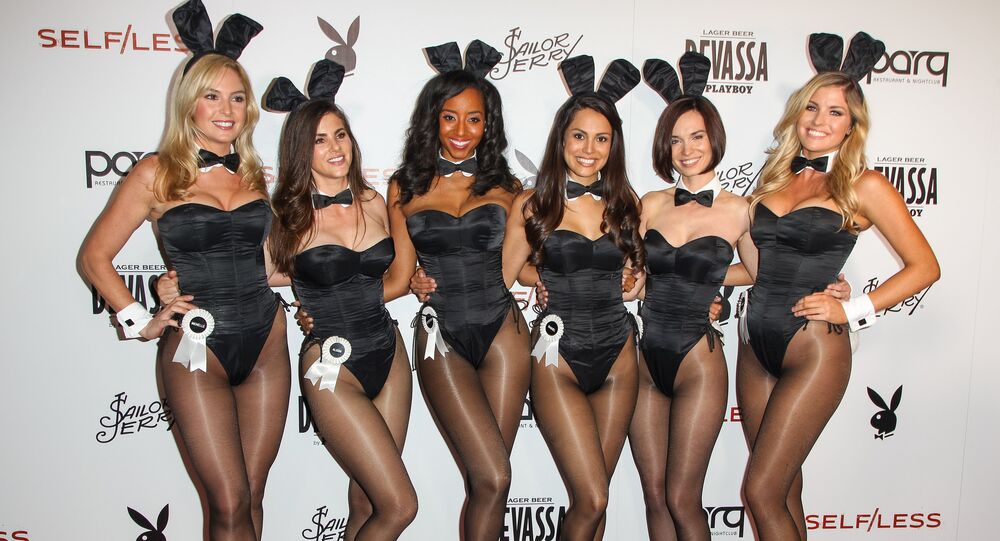 Down the Rabbit Hole: 'Luxury' Playboy Club Ready to Storm the Big Apple

Hugh Hefner might be gone, but his legacy is very much alive – an iconic Playboy Club is all set to open its doors to the public in New York City later this week.

A modern incarnation of the Playboy Club will be located on the west side of Manhattan, about a mile-and-a-half southwest of the original club, which closed 32 years ago.

Thirty years ago, the now-deceased Hugh Hefner declared the famous Playboy Bunnies “a symbol of the past,” but it doesn’t stop his son Cooper, who’s now at the helm of the company, from bringing back the concept of scantily-clad women rocking rabbit ears and tails, as he’s stepped up his efforts to breathe new life into the brand.

“The space will feature a lounge area, a game room and a full-service dining room, but by far the most attractive feature of Playboy Club New York will undoubtedly be the return of the Playboy Bunnies to Manhattan. The alluring Playboy Bunny hostesses, waitresses and cocktail servers have a worldwide, well-deserved reputation for their style and graciousness,” the press release read.

Back in June, a Playboy source, who spoke on condition of anonymity, told the New York Post that membership in the club will cost up to $250,000, which includes access to Playboy’s sleek black jet and 15 nights at the club.

“We’ve already sold $2.2 million worth of memberships. We didn’t expect so many members before our marketing began. We need to curate our list,” the source said, explaining that memberships were suspended, as the waiting list was growing.

The insider further added that Cooper sought to reinvent the brand as a millennial luxury, with the club featuring four separate lounge zones. Different membership levels will buy access to different areas, such as the underground Rabbit Hole Lounge, the Grotto lounge, the Royal Lounge and the Black Box.

“This is all about luxury. It’s a beautifully designed, sexy, elegant space. This really is the new Playboy mansion. It will be over the top gorgeous and luxurious – a really special place.”

The official opening of the club is scheduled for September 13.