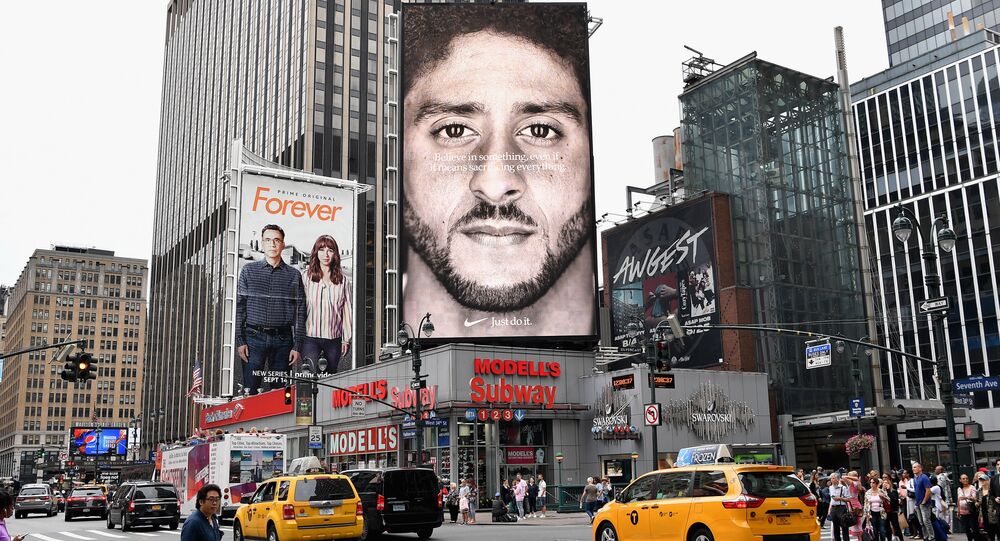 A Louisiana mayor is reported to have prohibited a number of recreational facilities in his city of Kenner, from purchasing Nike apparel in the wake of the sportswear company’s promo campaign featuring former San Francisco 49ers footballer Colin Kaepernick, who notoriously kneeled during the national anthem playing in 2016.

The media outlet WBRZ 2 reported Ben Zahn, mayor of Kenner in the state of Louisiana, to have issued a memo last Wednesday stating in black and white that “under no circumstances” should local recreation sites order any Nike products “for use or delivery.”

“Effective immediately all purchases made by any booster club operating at any Kenner Recreation Facility for wearing apparel, shoes, athletic equipment and/or any athletic product must be approved by the Director of Parks and Recreation, or his designee,” the memo, subsequently directed to Chad Pitfield, who is in charge of the city’s Parks and Recreation Department, has it.

The news has met with mixed reaction online, with many questioning the legality of the memo’s demands,  while some reiterated previous claims that the attacks on Kaepernick are virtually “racist:”

I thought Republicans were about free enterprise. How s this legal?

Is this legal? Don't city contracts get determined by lowest bid, and isn't that done by city council and opporations officer or manager

Good. Let's make Kaepernick the face of AR-15's and AK-47's….maybe the gun nuts will stop buying THEM

A trump lover contaminating the while city by infringement of free speech rights. When other countries are executing arresting protesters.

Many, however, believe the effect of the move will be quite the opposite, with users ironically remarking “how democratic of them.”

How democratic of them 🙄

Who ever spent tourist dollars in Zenner, Louisiana? The backlash will have more folk purchasing Nike substantially more than those who think that they are hurting Nike. This bozo only is going to result in more Nike gear being sold!!!!

The discussion naturally attracted bunches of most hilarious memes on the subject:

Louisiana Mayor Ben Zahn: "Under no circumstances will any Nike product or any Nike logo be purchased for use or delivery any City of Kenner (Parks &) Recreation Facility."@Nike: pic.twitter.com/l39MiHCKxe

One user even made reference to the 2nd amendment, likening the Louisiana mayor’s ban to a hypothetic ban on rifles:

Hmmm. I wonder what would happen if someone didn’t like the 2nd amendment being exercised and decided to ban guns?

Most hilariously, another Twitterian recalled a Nike logo on Trumpsters’ iconic MAGA hat, thereby hinting at the president’s hypocrisy or, better yet, double standards.

Prior to the report, Nike came under harsh criticism for making former NFL quarterback Kaepernick the new face of the sportswear giant’s  “Just Do It” campaign, with its slogan sounding most inspiring:

“Believe in something, even if it means sacrificing everything.”

The company’s announcement prompted hordes of Nike customers to express their fury by sacrificing their branded sportswear, that is burning and cutting it, while many flocked to social networks demanding that “patriotic” sports enthusiasts boycott the company.

The 30 year-old NFL quarterback Kaepernick fueled a large-scale national debate two years ago, when he notoriously kneeled while the US anthem was being played ahead of NFL matches in the 2016 season, prompting his fellow players to join him in what he himself later referred to as a protest against US police shooting African-Americans and other issues. Loads of Twitter users, including President Donald Trump referred to the incident at the time as “unpatriotic” and “anti-American,” calling for NFL management to fire anthem boycotters. The footballer has remained a free, unsigned agent since then.

In May, the National Football League adopted a brand-new national anthem policy stipulating that all players remain standing or stay in their locker room till the very end of the solemn ceremony.