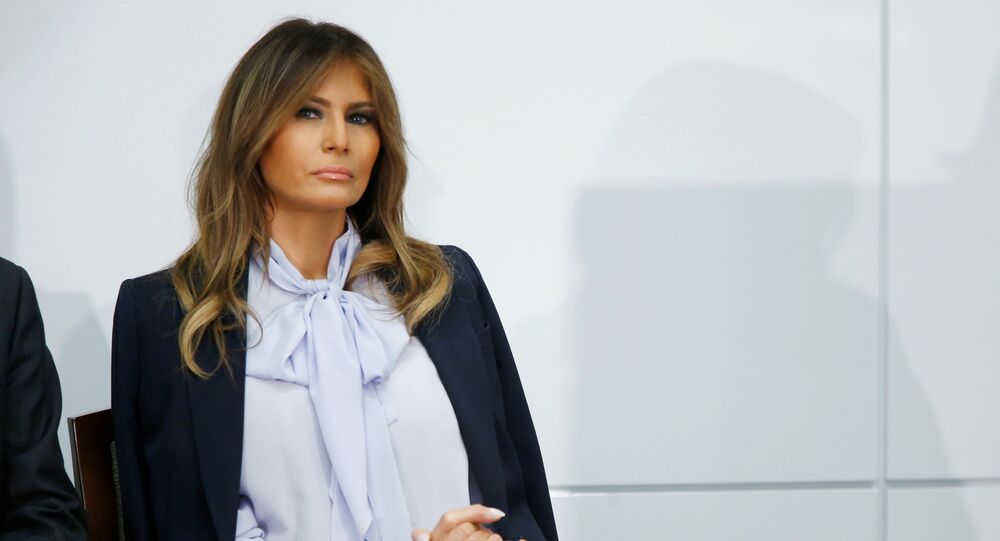 The View’s hosts, in the midst of a heated debate over the recent op-ed on the inner White House “resistance” against Trump, also brought in FLOTUS Melania, and even the accent in which she voiced her harsh criticism of the author, who had penned the article.

A spokesperson for US First Lady Melania Trump has accused the co-hosts of the television program The View of taunting the accent of the Slovenian-born wife of the president.

.@RawStory If by “destroy” you mean being disrespectful & hypocritical while mocking someone’s accent, then the “ladies” of @TheView succeeded. And btw @Sunny, her title is @FLOTUS 🇺🇸 https://t.co/DL5ETjYXsa

According to Stephanie Grisham, a chief spokeswoman in the East Wing of the White House and notably of the First Lady, the comments made by the anchorwomen were “disrespectful and hypocritical.”

I stopped watching that show a lonnnnngggggg time ago.Not worth the effort to lean over and pick up the remote.

I’m not going to even watch. I refuse to watch cackling wenches around their cauldron. They have always been bitter hags @theview is not interesting at all

She tweeted her comments in response to  the ABC talk show, in which a number of hosts had a lively discussion of this week’s explosive anonymous op-ed written for The New York Times by some “senior official” in the Trump circle, who billed themselves a part of the “resistance” against the president. Following the White House’s fury over the publication, a number of cabinet officials, as well as the first lady publicly denied writing the contentious op-ed. Melania went still further blasting the author for “not protecting this country” but more likely “sabotaging it with cowardly actions.”

"Freedom of speech is an important pillar of our nation's founding principles and a free press is important to our democracy," she said in a statement to CNN. She then moved on to comment on today’s US history being written by “people with no names.”

The View’s hosts referred to the above-mentioned words saying the First Lady had essentially plagiarized Michelle Obama’s speech and accused her of backing conspiracy, so-called birther, theories claiming former Head of State Obama was virtually born outside the US.

One of the hosts, Sunny Hostin, attempted to quote Melania most sarcastically, in a foreign accent, but upon her colleague’s warning, chose not to.

“I recall that Melania was also a birther,” Hostin said, and then went on: “Weren’t those words very important?”

At that point, anchorwoman Joy Behar butted in saying: ‘How about, “I really don’t care, do you?” How about those words?’ thereby making reference to the phrase emblazoned on Melania’s jacket she wore to meet the detained migrant children at the Mexican border.

The inscription prompted multiple claims of Melania’s insensitivity to the children’s plight back then.

It is not the first time Grisham has fired back over the criticsm of the First Lady; most recently, she briskly responded to Issa Rae, the actress starring in the Insecure hit television series, for saying the show should be cancelled after Melania Trump publicly supported it.

'Classy Woman Does It in Heels!' Melania Trump Mocked for "Gardening" Outfit

Melania Warns Social Media Can be ‘Destructive, Harmful’ as 45 Rages on Twitter