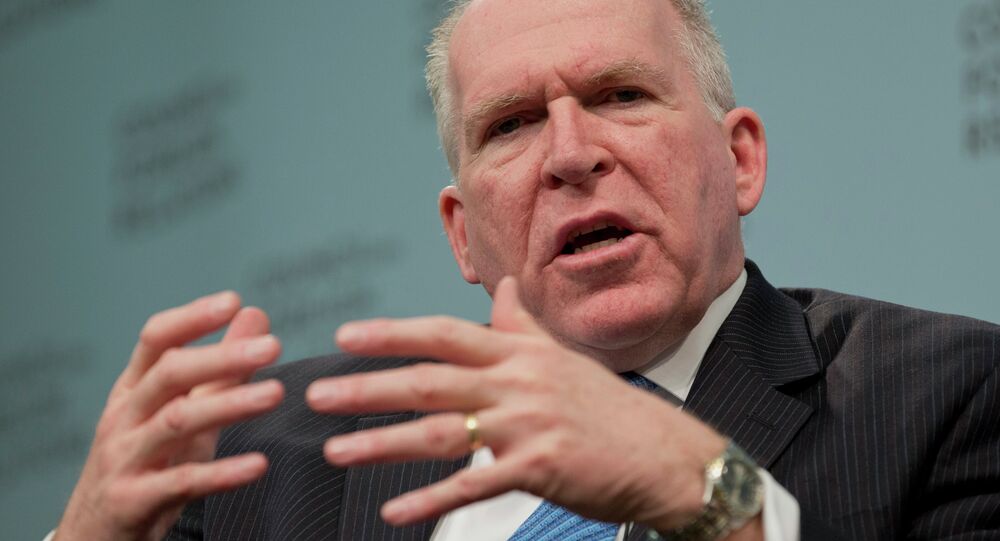 Former CIA Director John Brennan, who had his security clearance revoked by the Trump administration in mid-August, said on NBC's "The Today Show" that he sees "all the warning signs of a looming disaster" at the White House.

"Clearly, things are reaching a boiling point" the former director said. “What happens in the days, weeks and months ahead is going to determine just how much damage will be done to this country.”

Brennan said that he viewed the act of an anonymous "senior official" of the administration writing an opinion piece detailing a cabal of rogue officials working to undermine the president's agenda as "certainly courageous."

While the anonymous official is presumed innocent until proven guilty, he wrote in the New York Times that "there were early whispers within the cabinet of invoking the 25th Amendment, which would start a complex process for removing the president."

Trump publicly wondered whether the author is guilty of treason on Twitter in the wake of the publishing of the article, then the following day at a rally in Montana said that the New York Times had committed treason. However, US law defines treason as when someone "owing allegiance to the United States, levies war against them or adheres to their enemies, giving them aid and comfort within the United States or elsewhere," which does not appear to apply to either the article publishers nor its author.

Brennan previously said that Trump's meeting with Russian President Vladimir Putin in Helsinki, Finland, in July "rises to & exceeds the threshold of 'high crimes & misdemeanors.' It was nothing short of treasonous." Later, Brennan admitted to MSNBC's Rachel Maddow that he "didn't mean that he committed treason."

But when Brennan sat down with NBC's "Today Show" on Thursday, he said that the media "on both the right and the left… has been rather hyperbolic."

When revoking the former director's security clearance, Trump argued that Brennan was using his status to make "unfounded and outrageous" claims about Trump's presidency.