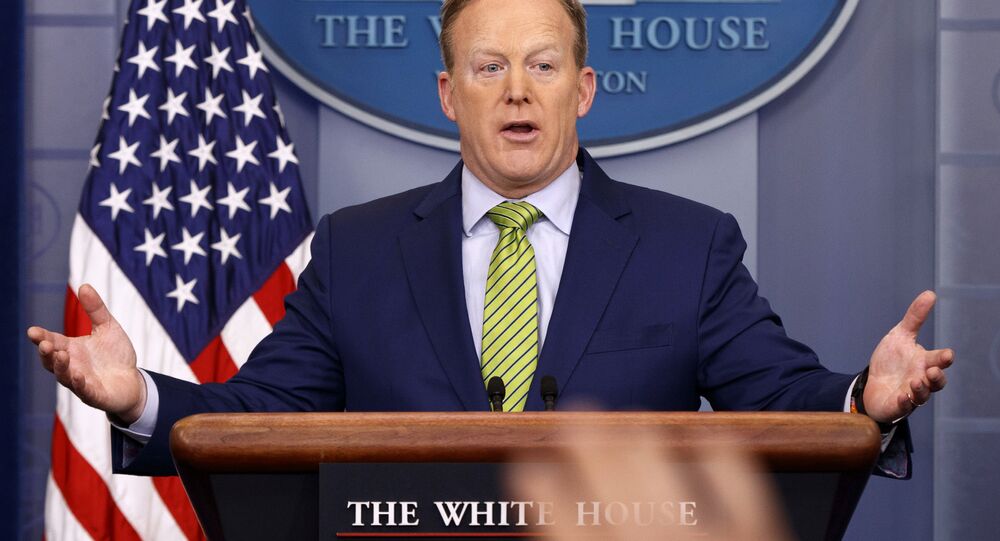 It's unclear from the leaked excerpt whether the episode happened before Spicer left the administration in August 2017, but the book says that at one point when Spicer was trying to get Mattis to go on Sunday morning talk shows with him, the defense secretary got more than a little frustrated, CNN reported Wednesday.

Mattis, a former US Marine Corps general whose nickname is "Mad Dog," eventually rejected Spicer in no uncertain terms, reportedly saying, "Sean, I've killed people for a living. If you call me again, I'm going to f**king send you to Afghanistan. Are we clear?"

Woodward pp133: Sean Spicer…tried several times to persuade Mattis to appear
on Sunday talk shows… The answer
was always no.
'Sean," Mattis finally said, "I've killed people for a living. If you
call me again, I'm going to fucking send you to Afghanistan. Are we
clear?"

​Task and Purpose noted that Mattis has appeared on a network TV show precisely once since joining the Trump administration: in May 2017 he went on CBS' "Face the Nation," and during the interview with John Dickerson, he made the very Mad Dog-esque comment that nothing keeps him up at night — "I keep other people awake at night."

Mattis has previously denied that Woodward's portrayal of him, or quotations attributed to him, are accurate. On Tuesday, in response to other excerpts leaked from the book that claimed the secretary called Trump "an idiot," Mattis issued a statement rejecting the claims and calling Woodward's book "fiction." Other members of the administration have done the same.

​Spicer, who was Trump's White House press secretary and communications director in the first half of 2017, was also the Republican Party's communications director for six years before joining the Trump administration after the 2016 election. He resigned from the administration in July 2017, but departed his duties entirely on August 31 of that year.

Shortly thereafter, Spicer took to TV, appearing on "Good Morning America" as well as Jimmy Kimmel's late night show, and even spoofing his own tenure with the Trump team at the Emmy Awards that September. He even explored launching his own TV political talk show earlier this year, but it never got off the ground.

Spicer Out as Trump Welcomes Scaramucci as Communications Director

Spicer Out of White House, OJ Out of Prison