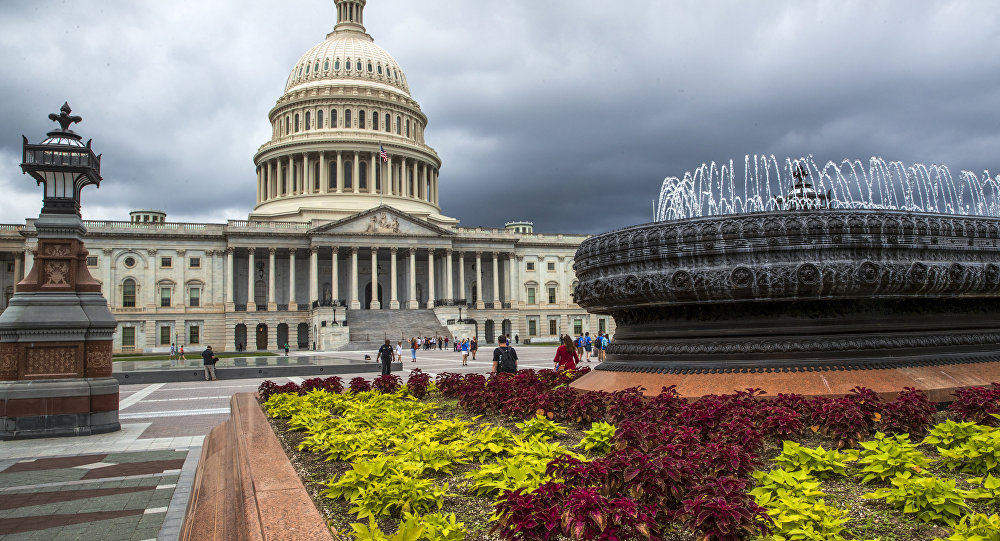 WASHINGTON (Sputnik) – The US House of Representatives unanimously passed a measure to impose sanctions on countries that sponsor cyber attacks against the United States, the House Foreign Affairs Committee said in a press release on Wednesday.

“The House today passed the Cyber Deterrence and Response Act of 2018 (H.R. 5576) to address state-sponsored cyber activities against the United States,” the release said. “Specifically, the bipartisan legislation protects our economy, elections, and critical infrastructure from state-sponsored malicious cyber activity by establishing a framework to deter and respond to future cyber attacks against the United States.”

© AFP 2019 / PAUL J. RICHARDS
US Places 10 Iranians, 1 Entity on Cyber-Related Sanctions List - Treasury
If signed into law, the measure would require the US president to impose sanctions against any critical cyber threat actor, the release said.

In addition, the bill urges the US president to coordinate designations and sanctions with US allies and partners in order to maximize their effectiveness, the release said. The US Secretary of State will lead any international diplomatic efforts to deter state-sponsored cyber activities and support allies to respond to malicious cyber incidents, the release said.

The measure puts countries like Iran, North Korea and Russia on notice, warning them that the United States is prepared to respond to any cyber attacks, the release said.

Special Counsel Robert Muller is investigating allegations that Russia interfered in the 2016 US presidential election. Russia has repeatedly denied meddling in the vote, calling such accusations "absurd."

US Sanctions From an American Perspective