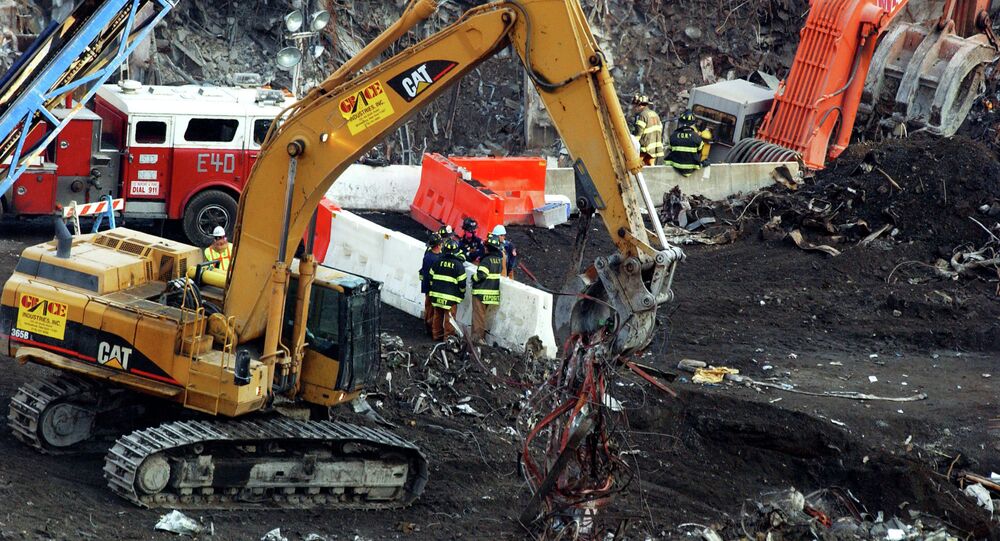 Over a dozen men who were in the vicinity of the World Trade Center after the September 11, 2001, attacks destroyed the two towers have acquired breast cancer - a statistical rarity for men, of whom only 1 percent nationwide will get the illness, the New York Post reported.

When the two 110-story World Trade Towers collapsed after terrorist-piloted airliners smashed into them on the morning of September 11, 2001, the huge pile of rubble and building debris blew an enormous cloud of dust into the sky, and the fires at Ground Zero burned for months, pouring huge amounts of dangerous chemicals used in the office buildings' construction, as well as from the aircraft, into the city air.

The New York Post first reported on September 4 that personal injury attorneys Barasch McGarry, whose law firm represents health cases associated with 9/11, has 15 male clients who came down with breast cancer following exposure to the acrid miasma produced by the towers' immolation and collapse.

Five of the men were first responders — firemen, police and engineers who fought the blaze and then searched the rubble for survivors and human remains — but the rest were simply folks who happened to work or be near Battery Park where the World Trade Center complex is located. One was a student, the paper noted.

"I do feel like my breast cancer was related to exposure to 9/11 toxins. There's no history of breast cancer in my family," Jeff Flynn, an account manager for data-storage company Dell EMC assigned to Goldman Sachs, just five blocks from Ground Zero, told the NY Post. "I spent months breathing that crap in. You can wind up with any cancer from being down there."

Flynn found out a decade after the event that he had Stage 3 breast cancer, getting lymphatic cancer in his neck three years later.

Another victim, commodities broker John Mormando, who worked at the Mercantile Exchange located in Battery Park, said of his breast cancer, "There is a very strong possibility this is linked to 9/11. There's not a history of cancer in my family."

The Federal World Trade Center Health Program announced last month that almost 10,000 cancer cases had been found to be tied to the September 11 attacks. Sputnik reported on August 13 that 9,795 people have had cancers deemed 9/11-related, including first responders, residents, students and people who worked in lower Manhattan where the twin 110-story towers collapsed. Of those, 420 have died.

Epidemiology studies have shown that significantly higher rates of many types of cancers have been found among recovery and rescue workers who reported to the site as well as non-responders affected by the dust. Breast cancers are among those listed, Sputnik reported.

"We get these referrals 15 to 20 times a week," Michael Crane, medical director of the WTC Health Program at Mount Sinai Hospital, told the NY Post last month.

A 2014 study by the Silent Spring Institute in Massachusetts, published in the National Institutes of Health journal Environmental Health Perspectives, found that only 5 to 10 percent of breast cancers come from high-risk inherited genes, while around 80 percent of women diagnosed with breast cancer are the first in their families to develop the disease, indicating breast cancer is caused primarily by environmental factors.

The institute identified a laundry list of chemicals, exposure to which increases one's risk of breast cancer, many of which were present, in all likelihood, in the dust and smoldering ruins of the World Trade Towers.

Some of the chemicals noted by the study include "gasoline and chemicals formed by combustion (e.g., benzene and butadiene)… solvents, such as methylene chloride and other halogenated organic solvents used in spot removers, specialty cleaners and industrial degreasers… certain flame retardants; a chemical used in stain-resistant textiles and nonstick coatings; and styrene, which is in tobacco smoke and is also used to make Styrofoam."

Some of the other materials that burned included lead in cables and polychlorinated biphenyls (PCBs) in electrical transformers, to say nothing of the enormous amount of building materials dispersed by the collapse itself and subsequent fires, which included cement, steel, gypsum from drywall, glass, synthetic rugs, asbestos used for fireproofing and all manner of plastics, Scientific American noted.

Still, despite the seemingly obvious risk of enormous carcinogenic exposure, the US Environmental Protection Agency conducted very few atmospheric tests in and around Lower Manhattan in the days and months following the disaster, Sputnik reported. Although at the time the agency reported no significant increase in the amount of asbestos (a known carcinogen) in the vapors from the site, a subsequent 2007 study found over 100 times the amount of dioxin (another known carcinogen) in the air near the site as you would find downwind of a garbage incinerator, "the highest ambient measurements of dioxin ever recorded anywhere in the world."