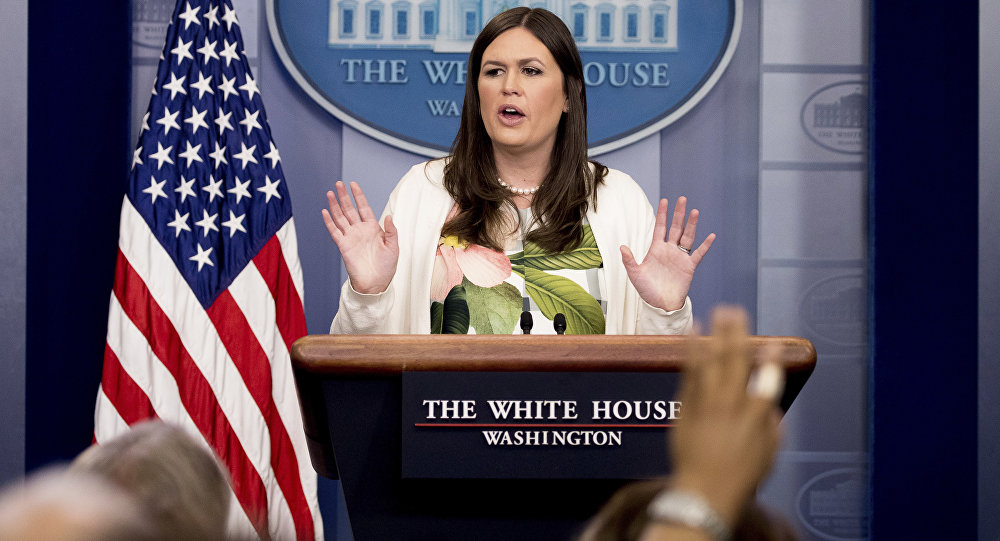 "This book is nothing more than fabricated stories, many by former disgruntled employees, told to make the President look bad," Sanders said.

The statement said Democrats and their allies in the press know the policies of US President Donald Trump are working, and no one would be able to beat him in the 2020 election.

© AP Photo / Mary Altaffer
'We're in Crazytown': New Book Claims Kelly Called Trump an 'Idiot'
Chief of Staff John Kelly is also quoted in the statement as saying, "this is another attempt to smear people close to President Trump and distract from the administration's many successes."

Kelly also denied a quote attributed to him in the book in which he allegedly called Trump an "idiot."

The Washington Post reported earlier on Tuesday that Woodward's book, "Fear," is based on hundreds of interviews with first-hand witnesses and members of the administration, as well as meeting notes, personal diaries and government documents.