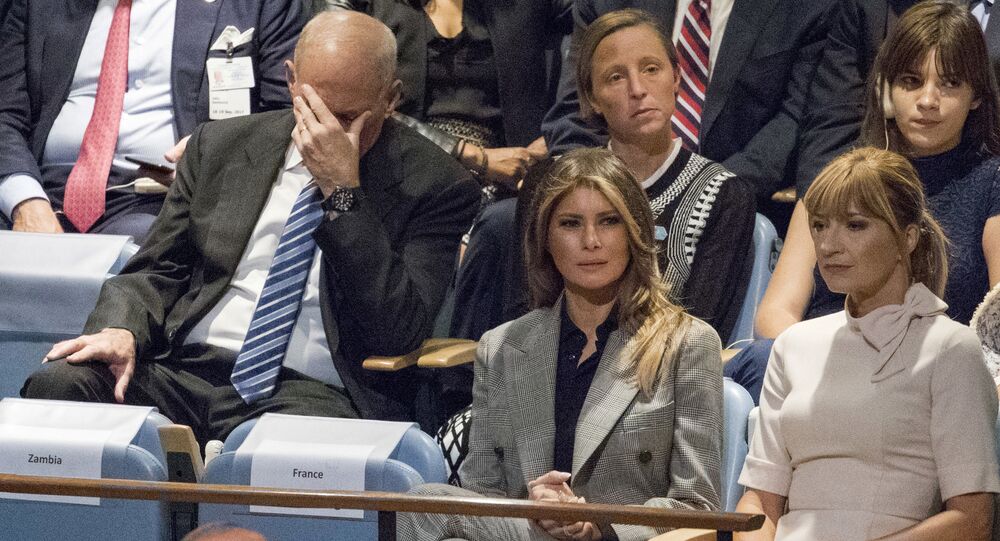 The US president was reportedly quick to mock members of his administration and was considering a violent solution to the standoff with North Korea.

A new upcoming book penned by veteran journalist Bob Woodward reveals that Trump’s own chief of staff called the US president an idiot, The Washington Post reports.

"He’s an idiot. It’s pointless to try to convince him of anything. He’s gone off the rails. We’re in Crazytown. I don’t even know why any of us are here. This is the worst job I’ve ever had," Kelly said during a small group meeting, according to an excerpt from the book published by the newspaper.

Other revelations contained in the soon to be unveiled book include Trump insulting prominent government officials like former national security adviser H.R. McMaster and Attorney General Jeff Sessions or that one month into his presidency, Trump actually asked the chairman of the Joint Chiefs of Staff, Gen. Joseph Dunford, to present a plan for a preemptive military strike against North Korea.

At another point, Defense Secretary Jim Mattis referred to the president as "a fifth- of sixth-grader," after Trump questioned the US military presence on the Korean Peninsula.

These revelations immediately sent ripples across social media as Twitter users jumped on the opportunity to voice their opinion on Donald Trump and his presidency.

Well John Kelly is a bigger idiot for working for him!

I heard that Lisa told Laura that Madison called Lucy a ugly moron.

If this is how they feel about him then why are they propping him up by taking his papers instead of outing his craziness and proving him unfit for office. Sadly I know the answer is that they'll do anything for Republicans to stay in power.

The whole world has known what an imbecile Trump is. He must be thickest person in power, quite possibly anywhere in the world. Low intellect and high power has never been a good mix. Fortunately America is beginning to rise up against this mistake of nature

As long as he keeps giving Democrats nightmares, mission accomplished.

The White House did not immediately comment on this development.