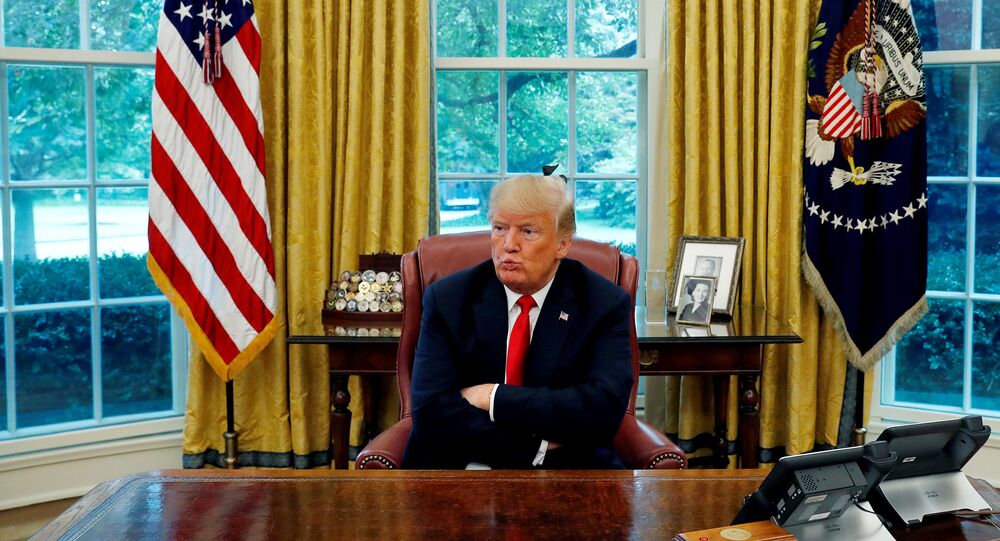 WASHINGTON (Sputnik) - After the US President Donald Trump misled the American people about the consequences of his zero-tolerance immigration policy, his administration must redouble efforts to reunite migrant families, dozens of lawmakers said in a letter.

"We urge you to redouble the Administration’s efforts to close this cruel chapter in the Trump Administration’s history and reunite these families immediately," the letter, addressed to Department of Homeland Security Secretary Kirstjen Nielsen and other senior officials, said.

The lawmakers added that it was shocking that the federal government has been unable to resolve this human tragedy with all the means at their disposal.

READ MORE: US State Dep't Fires Back at WaPo's Report on Citizens Being Denied Passports

"We demand immediate answers and accountability from an administration that tore families apart without any consideration for its destructive consequences," Congressional Hispanic Caucus Chairman Lujan Grisham said in the letter.

© AP Photo / Matt York
Trump's Request to Expand Detention of Migrant Children Reportedly Rejected
The letter was sent by US Congressman Steny Hoyer and about 20 members of the Hispanic Congressional Caucus. In addition to Nielsen, the letter was also addressed to Health and Human Services Secretary Alex Azar, Secretary of State Mike Pompeo and Attorney General Jeff Sessions.

Nearly 2,700 migrant children were separated from their parents during the implementation of the Trump administration's zero tolerance policy at the US border with Mexico. The decision was meant to deter illegal migration into the United States. However, in July, US President Donald Trump ordered a halt to the separations after widespread public criticism in response to the practice. The administration, however, missed a court-ordered deadline to reunite the families.

US 'Not Some Banana Republic': Senator Scolds Trump's Attack on Jeff Sessions