Andrew Gillum, the Tallahassee mayor and Florida's recently nominated candidate from the Democratic Party in the upcoming gubernatorial elections, recently admitted he was "deeply appreciative" of billionaire George Soros for his massive contributions to his campaign.

The race for the Florida governorship between Republican candidate Rep. Ron DeSantis and Democrat Andrew Gillum is getting nasty amid accusations by Gillum-leaning media that their opponents are using "dog whistle" politics, simply by pointing out the facts about donations to the Gillum campaign.

Soros, the Hungarian-born billionaire accused of meddling in the politics of countries around the world, directed an estimated $1 million to Gillum's campaign, with the cash amounting to nearly a quarter of the total funds raised for the candidate.

On Sunday, Gillum, a Democrat from the party's left-wing who enjoys the support of former Democratic presidential candidate Bernie Sanders, appeared on NBC's "Meet the Press" to thank Soros and Tom Steyer, another billionaire and political activist contributing large sums to Democratic politicians, for their contributions.

"I'll tell you, I'm obviously deeply appreciative of Mr. Soros, as well as Mr. Steyer, both men whom I've known for some time," Gillum said, after narrowly securing a victory in last week's primary. At the same time, the candidate defended his campaign, saying that it raised "over $2 million by everyday folks, not big contributions." 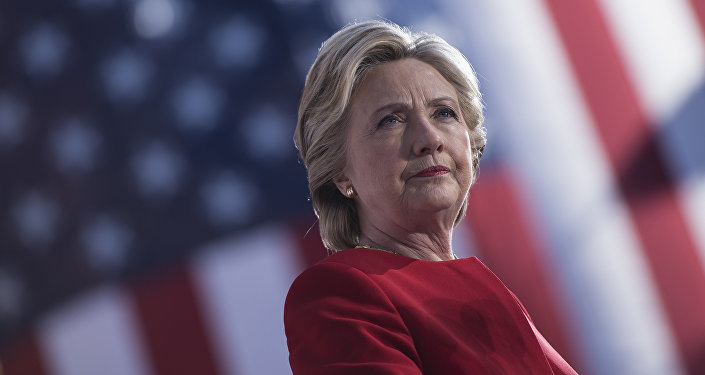 The Forward, an outlet claiming to provide "incisive coverage of the issues, ideas and institutions that matter to American Jews," wrote that "a number of conservative outlets have already started to refer to Gillum as 'Soros-backed,'" and lumped together Fox News' coverage of the story with controversial radio host Alex Jones of InfoWars.

The outlet also pointed to similar "dog whistle" politics claims made against Ron DeSantis, the Trump-endorsed Republican candidate whom CNN accused of racism for calling on voters to not "monkey up" the election by voting for his social democratic opponent, who happens to be black. DeSantis' campaign vehemently denied the charges, saying that the remark was about Gillum's policy proposals, and stressed that "to characterize it as anything else is absurd."

ThinkProgress, a news website which, incidentally, also receives funding from Soros and his Open Societies Foundations, also ran with the "racism" charges against DeSantis, arguing that the "monkey" comments "reached the ears of his intended audience: the racists who make up the foundation of Donald Trump's supporters."

© REUTERS / Ruben Sprich
Campaigners Want $6.4 Mln to Tackle Soros' 2nd Brexit Referendum Push – Reports
Soros, a major financial and political backer of Hillary Clinton during the 2016 presidential campaign, is a bitter opponent of Trump, whom he has characterized as "the ultimate narcissist" and a "danger to the world." Trump has yet to respond to Soros directly.

With Americans set to go to the polls in just over two months' time, it remains to be seen what other political strategies Soros's allies may use to try to derail their opponents' campaign and ensure the victory of their candidate.