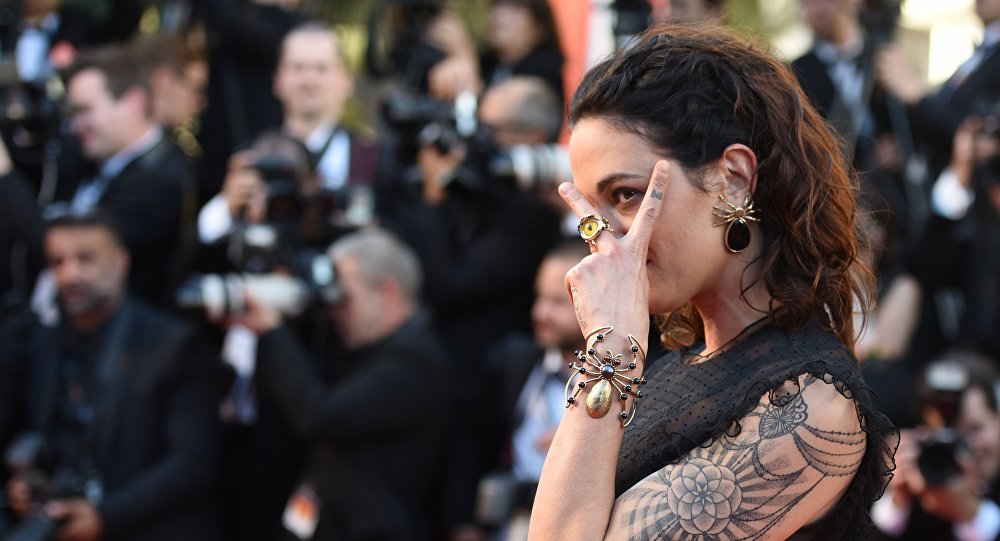 WASHINGTON (Sputnik) - US broadcaster CNN refused to show the series of the popular series Anthony Bourdain: Parts Unknown with the participation of the Italian actress Asia Argento because of sexual harassment accusations against her, the company's spokesperson said Sunday.

"In light of the recent news reports about Asia Argento, CNN will discontinue airing past episodes of Parts Unknown that included her, until further notice," CNN spokesperson told the Buzzfeed website.

Earlier, US media reported, referring to court documents, that Argento, who is actress, director, writer and activist of the Me Too movement against sexual harassment, paid $380,000 in settlement to fellow actor Jimmy Bennett after allegations that she had sexually assaulted him back when he was a minor.

© AFP 2019 / Loic VENANCE
#MeToo Activist Reveals Argento Did Nothing After Receiving Nude Pics of 12YO
Before CNN's decision, Argento was also fired from the X-factor show in Italy, in which she was a judge.

Anthony Bourdain was world-renowned chef and host of his own travel-and-food show on CNN, who passed away earlier in the year. Argento, who was dating Bourdain at the time of his death, was featured in three episodes of the show, all of them are now removed from the broadcaster's streaming service.

The Italian actress and director was one of the first to accuse famous movie producer Harvey Weinstein of rape, triggering a wave of similar revelations in show business and politics.

Careers of a number of US actors and show business figures virtually ended in 2017-2018 after they had been accused of harassment, but the scandal with Weinstein, who was accused by dozens of women, including actresses Angelina Jolie, Ashley Judd and Gwyneth Paltrow, was the largest one.