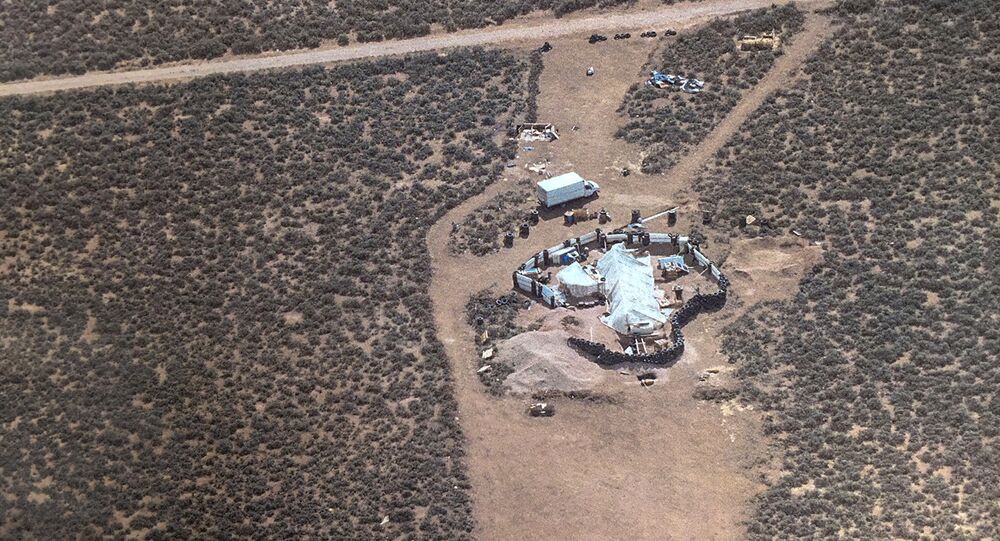 The detained group first raised suspicions after it was revealed that a woman from the compound had written a letter to a brother of her boyfriend, who had reportedly been instructing the kids in combat techniques and firearms, asking him to join them in their “martyrdom.”

A teenage boy, who was part of the five-strong group arrested at a compound deep in the New Mexico desert last month, has told the FBI that his mother’s partner was training him and his brother to conduct “jihad” against non-believers, court documents have revealed.

According to the 13 year-old, Siraj Ibn Wahhaj, aged 40, gave them instructions on how to use firearms, including rapid reloads, and perform a hand-to-hand combat, expressing the intention to “get an army together.”

He separately dwelled upon alleged “exorcism” rituals his mother, Jany Leveille, and her boyfriend performed upon what they referred to as being messages from God over a 3-year-old boy, who ultimately choked and his heart stopped.

According to in-court FBI statements, the other children were told that the deceased child would come back to them reincarnated as Jesus Christ, and would consequently tell them to shoot up some school facilities.

Defense lawyers said the people in question were exercising their constitutional right to practice their religion and possess firearms, adding the group is being discriminated against on racist grounds, as they are black and Muslim.

The squalid compound where the detainees, three of whom were later released, lived was discovered on August 3. Authorities found 11 children between 1 and 15 years old languishing in squalid conditions, as well as the mostly decomposed body of a little boy. These were the "saddest living conditions and poverty I have seen," said the local sheriff, Jerry Hogrefe.

Prior to the discovery and subsequent arrest of the “extremist Muslim” group, the five defendants were brought under FBI surveillance in May, after Leveille penned a letter to her boyfriend’s brother inviting him to join them to become a “martyr,” state prosecutors noted.

Siraj Wahhaj and his wife are the two who are kept in jail despite the ongoing investigation. Wahhaj's father, an extremist imam who shares a name with his son, was an unindicted co-conspirator in the 1993 bombing of the World Trade Center in New York. Other people at the compound are also believed to be related somehow. Leveille, along with her partner who is also kept behind bars, was found by the Bureau to be “illegally present in the United States.”

The accused persons will attend their first court hearing on September 4.