WASHINGTON (Sputnik) - More than 20 members of the MS-13 gang, which is comprised of immigrants from Central America, have been arrested on charges that include murder, kidnapping and drug distribution, the US Department of Justice said in a press release on Friday.

"As part of a multi-agency operation, more than 20 individuals associated with Mara Salvatrucha (MS-13) were arrested in Mendota and Los Angeles, California on federal and state charges in connection with their gang activities, including assault with a dangerous weapon in aid of racketeering and conspiracy to distribute and possess with intent to distribute controlled substances," the release said. 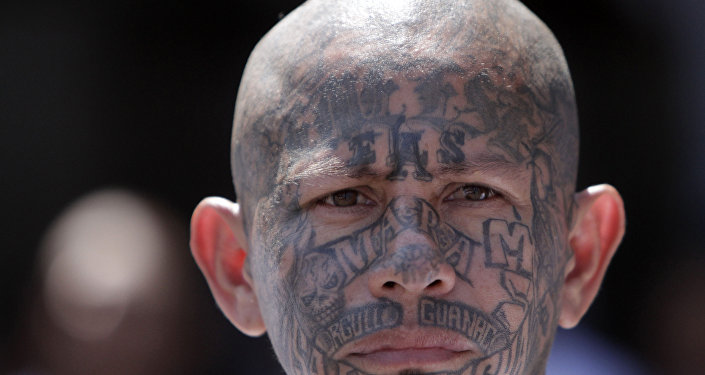 © AP Photo / Luis Romero
'Impossible': Doubts Over Trump's Plan to Defeat World's Bloodiest Gang MS-13
In addition, two federal indictments were unsealed: one charging two MS-13 members with kidnapping and murder in aid of racketeering and another charging three MS-13 gang members with conspiracy and assault with a dangerous weapon in aid of racketeering, the release explained.

President Donald Trump has called members of the gang animals and charged that weak US immigration laws have given the gang easy access to the United States.

The gang was formed by US refugees from El Salvador’s civil war in the 1980s and has since grown to an international organization that is active throughout Central America, especially in El Salvador, and in at least ten US states, according to published reports.