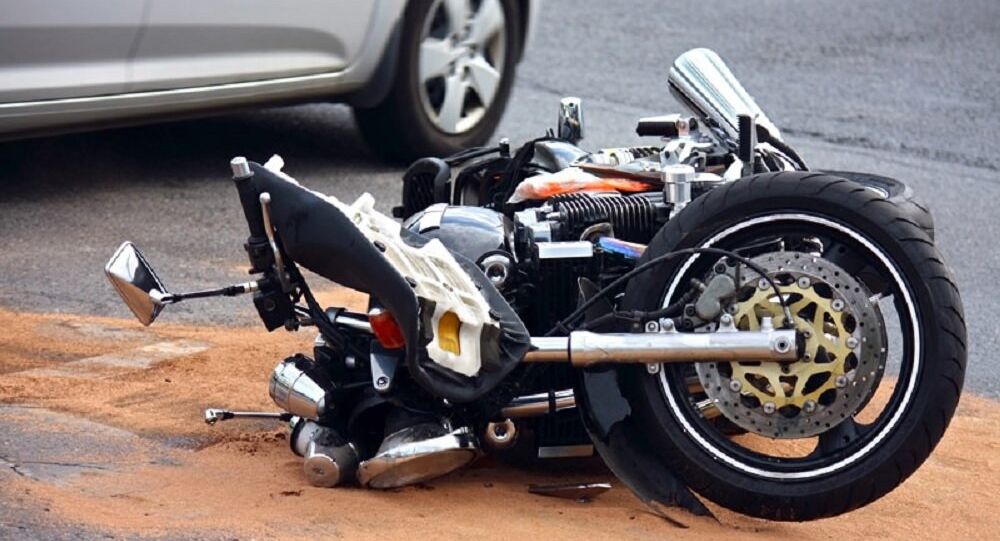 Both motorcycle riders were taken to a hospital, but were later pronounced dead shortly after arrival at the medical facility following a brutal road accident, while the alleged driver of the car that purportedly hit the bike was arrested.

Eduardo de la Lima Vargas, 39, the man, who’s suspected of hitting a motorcycle killing an Orgeon couple on August 19, is believed to be an illegal immigrant from Mexico, The Daily Caller News Foundation reported.

READ MORE: The Flying Car is Coming and Japan Wants In On the Tarmac

According to the media outlet, citing US Immigration and Customs Enforcement (ICE), Vargas is now the subject of a federal immigration detention request.

While doing his research on criminal activity by non-citizens in the state of Oregon, Cross enquired about Vargas' immigration status.

© AFP 2021 / ADRIAN DENNIS
British Airways Ibiza-Bound Flight Aborts Takeoff Due to Brutal Fight
Vargas was purportedly driving at a high rate of speed on a state highway in Salem, Oregon, when his car collided with the bike being driven by 34-year-old Logan Wilson and his 32-year-old wife Jessi.

In the wake of the collision, Salem police reported that Vargas blew a 10 blood alcohol level on a breathalyzer, and was put into the Marion County Jail on two counts of manslaughter as well as reckless endangering, reckless driving and DUI.