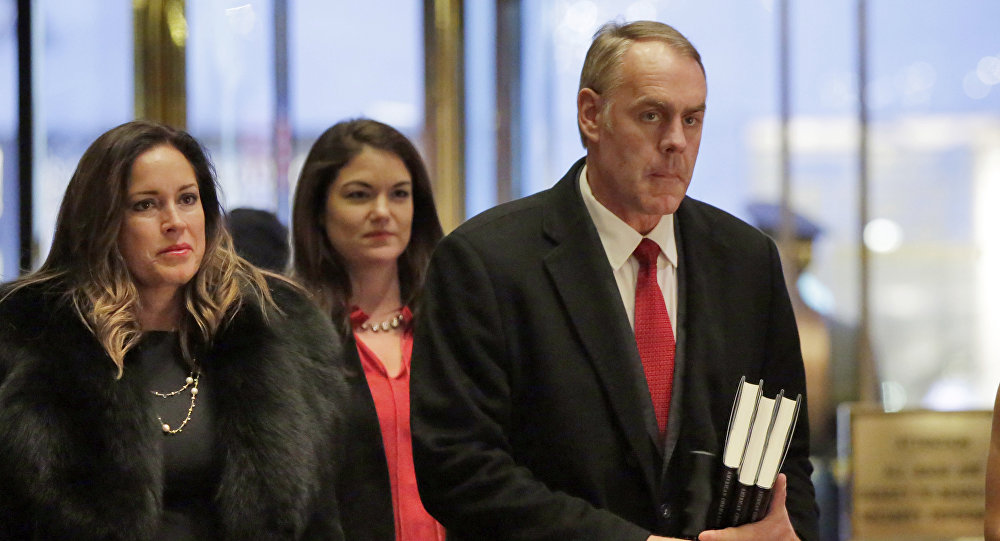 The US Department of the Interior has long been the subject of criticism by the Trump administration. They view the agency as being inefficient and cumbersome.

Washington has unveiled a plan to divide the agency into 12 “unified regions” to manage the Interior Department via watershed and ecosystem boundaries instead of state lines, the Daily Caller reported.

“Our new Unified Regions will allow important decisions to be made nearer to where our stakeholders and intergovernmental partners live and work, and will make joint problem-solving and improved coordination between our Bureaus and other Federal, State, and local agencies easier,” Interior Secretary Ryan Zinke wrote in a memo sent to the Interior Department’s 70,000 staffers.

He said that the proposed measure would reduce bureaucratic redundancy, improve communications between experts on the ground and Washington and ensure more efficient knowledge and resource sharing.

© REUTERS / Carlos Barria
Purge: Trump Prepares Major Overhaul of Intelligence Apparatus
Critics have argued that the program will cost a lot of money and result in numerous employee layoffs.

Zinke assured the public that no immediate personnel changes would take place “during the initial implementation phase” of reorganization, and that he would be working with lawmakers in Congress, including Democrats, to win legislative support for the plan.

Last year, Interior Secretary Ryan Zinke said that almost one-third of career bureaucrats in his department are “not loyal to the flag,” and not in lockstep with him and President Trump.

Zinke took over the 70,000-employee department in March 2017, and has since been working to change the department’s regulatory culture to be more business-friendly.

Zinke also said he wants to work to speed up permits for oil drilling, logging and other energy development that now can take years.