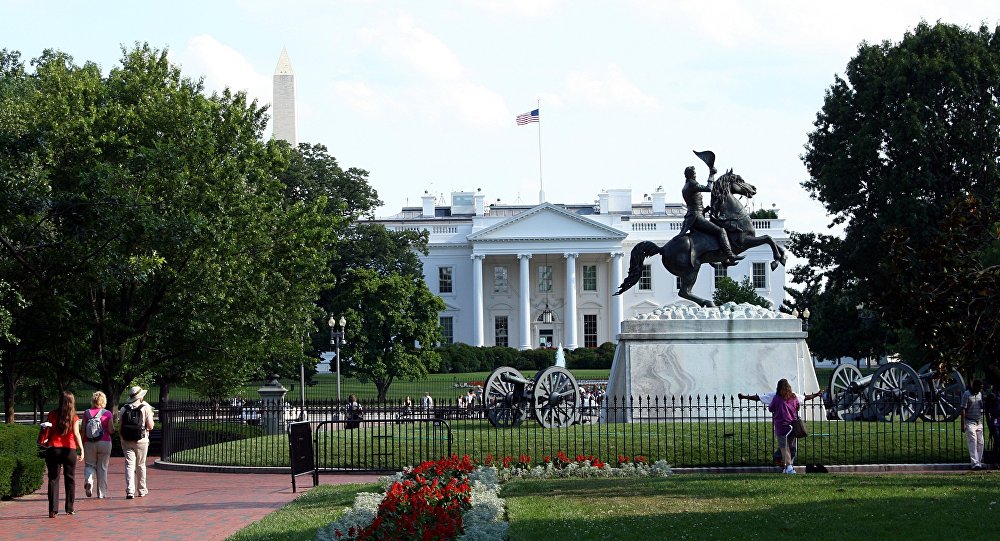 WASHINGTON (Sputnik) - US President Donald Trump said in a statement on Thursday that the Russia investigation did not factor into his decision on White House Counsel Don McGahn, who is expected to leave the White House this fall.

"The Rigged Russia Witch Hunt did not come into play, even a little bit, with respect to my decision on Don McGahn!" Trump said in a series of Twitter posts.

Trump also said he was "very excited" about the person who would take over the post of White House counsel, though he did not reveal that person's name.

He also denied what he called "Fake News Media" reports that his daughter Ivanka Trump and son-in-law Jared Kushner had played a role in "pushing out" McGahn. He also rejected allegations that McGahn was the person who prevented him from firing Special Counsel Bob Mueller or Attorney General Jeff Sessions.

© AP Photo / Evan Vucci
Qatar Spent Millions in 2017 to Influence Trump Foreign Policy - Reports
Trump on Wednesday announced in a Twitter statement that McGahn would leave the White House in the fall after the confirmation of Supreme Court Nominee Brett Kavanaugh.

Muller is investigating allegations that Russia interfered in the 2016 US presidential election. Russia has repeatedly denied meddling in the vote, calling such accusations "baseless" and "absurd."

Under Pressure From Trump, Will Europe Move Closer to Russia?