Canadian, US Officials Poised to Work Through Night on Trade Deal - Freeland

WASHINGTON (Sputnik) - Trade negotiations with Canada are most likely on track to meet the Friday deadline for them to join in the preliminary trade agreement in principle announced earlier this week between the United States and Mexico, US President Donald Trump said Wednesday.

"They [Canada] want to be a part of the deal. We gave until Friday and I think we're probably on track. We'll see what happens," Trump told reporters.

© AP Photo / Jacquelyn Martin
Economist on How Mexico Lost a Chance to Strike a Better NAFTA Deal With US
Trump added he is optimistic about a trilateral trade deal because Canada seems eager to be part of the new US-Mexico agreement, adding that it would not be good for Canada if they decide not to participate.

Meanwhile, Canadian and US officials will work through the night on making progress on a potential trade agreement, Canadian Foreign Affairs Minister Chrystia Freeland told reporters.

"Some of the teams may work throughout the night and [US] Ambassador [Robert] Lighthizer and I are looking forward to reviewing the progress that they’ve made," Freeland said on Wednesday. 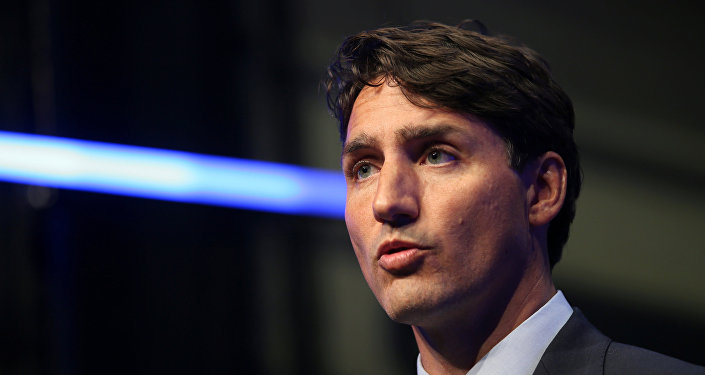 © REUTERS / Christinne Muschi
Trudeau to Defend Supply Management Amid New US-Mexico Trade Deal
Freeland send her team will stand up for the national interest of Canada but are seeking to find compromises that are a "win-win" for both sides. Any issues that officials are not able to resolve overnight will be taken up to the ministerial level to address, Freeland said. She added that there is a good atmosphere and both sides are working productively.

A new trade deal with Mexico and Canada would potentially replace the North American Free Trade Agreement (NAFTA). The three countries have been working on modernizing NAFTA for about a year. Trump initiated the talks after saying he wanted to either renegotiate the terms of NAFTA or leave the agreement.