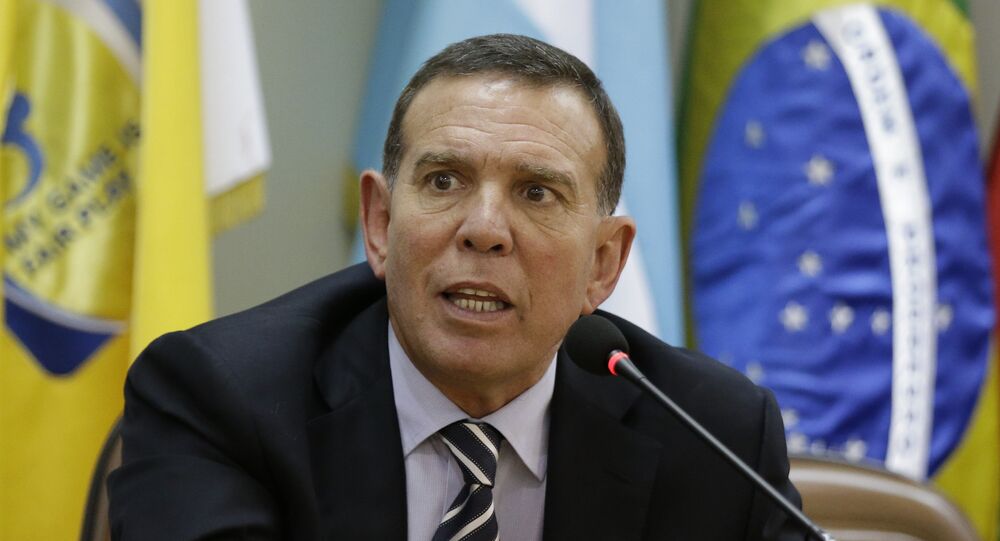 © AFP 2020 / Nelson ALMEIDA
FIFA Bans Brazilian Football Confederation President for Life Over Corruption
The sentence was issues after Napout was convicted for receiving millions of dollars in bribes in exchange for granting media and marketing rights to soccer tournaments.

Napout was also ordered to forfeit $3.3 million in bribe receipts and pay a $1 million fine, the release said.

The US authorities arrested Napout in 2015, when he was the president of CONMEBOL, the confederation responsible for soccer in South America, as well as the Vice President of FIFA and member of FIFA Executive Committee.

READ MORE: US May Fine Banks in Connection With FIFA Corruption Probe