Florida's primary elections on Tuesday narrowed the field of candidates for the state's next governor to two figures: DeSantis, who presently represents the state in the US House of Representatives, and Gillum, the mayor of the state's capital city of Tallahassee.

DeSantis wasted no time digging into his opponent, making some very explicit criticisms about Gillum's would-be governorship during an interview with Fox News Wednesday, but also, some critics say, some veiled ones with a more nefarious character.

"You know, this is a guy, although he's much too liberal for Florida, I think he's got huge problems with how he's governed Tallahassee," DeSantis told Fox's Sandra Smith. "I watched those Democrats debate, and none of that is just my cup of tea, but he performed better than the other people there, so we gotta work hard to make sure that we continue Florida going in a good direction."

So far, pretty typical criticism. However, what he said next sparked great controversy:

"Let's build off the success we've had on Gov. [Rick] Scott. The last thing we need to do is to monkey this up by trying to embrace a socialist agenda with huge tax increases bankrupting the state. That is not going to work," the representative said. 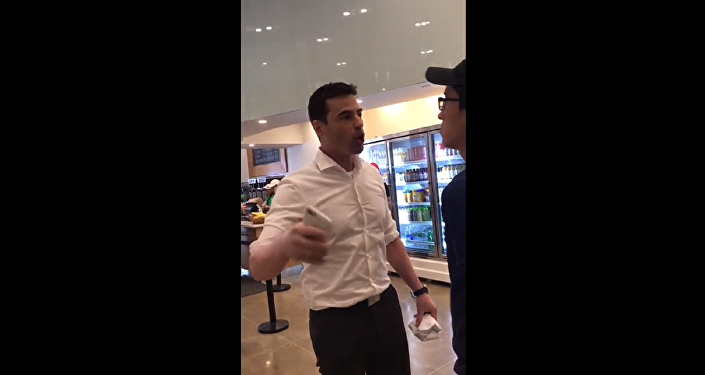 Screenshot/Edward Suazo
‘I Am Not a Racist’ Says NYC Lawyer Repeatedly Caught in Racist Rants (VIDEOS)
The rub is the word "monkey," a common racist slur for black people. The name dates to 19th century race science, the Huffington Post informs us, when polygenesis theories about different races being separate species held much greater sway. On the great hierarchy of races constructed to explain away white supremacy as a natural outcome of biology, race scientists placed black people at the bottom of the pyramid, next to non-human apes.

If elected, Gillum would be Florida's first black governor.

DeSantis' campaign responded to criticism about his use of the term by denying he meant anything by the phrase, saying that "to characterize it as anything else is absurd."

New statement from DeSantis comms director @StephenLawsonFL: “Ron DeSantis was obviously talking about Florida not making the wrong decision to embrace the socialist policies that Andrew Gillum espouses. To characterize it as anything else is absurd.” #flgov pic.twitter.com/4OcWPiJB7x

​"Florida's economy has been on the move for the last eight years, and the last thing we need is a far-left Democrat trying to stop our success," DeSantis communications director Stephen Lawson said in the statement.

Critics then leapt into explaining that while DeSantis hadn't actually called Gillum a monkey, the comparison was direct enough to be what is called a "dog whistle."

The Democratic candidate for Governor of Florida is a Black man. That's no secret.

Ron DeSantis just tried to "racist this up." That's no secret either. pic.twitter.com/a4zKVRvmXF 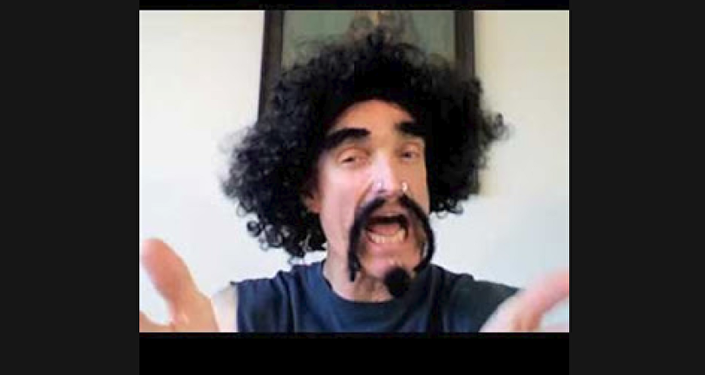 Democratic Governors Association Deputy Communications Director David Turner told CNN, "Resorting to dog whistle politics within hours of winning the GOP nomination shows a desperate candidate who will stoop to new lows in order to court and give voice to fringe elements of society. Floridians want a leader who will bring them together; Ron DeSantis has shown that he would only divide Florida."

“Monkey this up” doesn’t exist as an expression in the English language. It’s a specific choice of words made by one who is a racist and was made by MAGA, Ron DeSantis.

No spin.
No alternative facts.
No political correctness gone amok

That’s who they are. Don’t ever forget it

​The official Twitter page of Merriam-Webster's Dictionary even got in on the action, helpfully posting a link to the website's discussion of the term "dog whistle" and what it means.

"Dog ears can detect much higher frequencies than our puny human ears can, so a dog whistle is nothing more than an exceedingly high-pitched whistle that canines can hear, but that we cannot," the dictionary's website reads. "Yet there's another dog whistle we've been hearing about lately: a coded message communicated through words or phrases commonly understood by a particular group of people, but not by others."

Figuratively, a 'dog whistle' is an expression or statement with a secondary meaning intended to be understood only by a particular group of people. https://t.co/JdukqdMlhW

​Gillum's campaign has been built on a progressive agenda that's won him the endorsement of well-known left-wing politicians such as Sen. Bernie Sanders (I-VT), who praised the "political revolution" Gillum was leading in Florida.

The mayor of Tallahassee bills himself as the only "non-millionaire" in the race and as a champion of lower and middle-class Floridians, with such platform planks as Medicare for All, a $15 an hour minimum wage and staunch opposition to the state's controversial "stand your ground" firearm self-defense law, the Miami Herald noted. His campaign has been driven by a resurgence of young, liberal and black voters, the paper noted.

Geoff Burgan, Gillum's campaign spokesman, told the Tallahassee Democrat that his campaign wasn't going to officially respond to the comments.