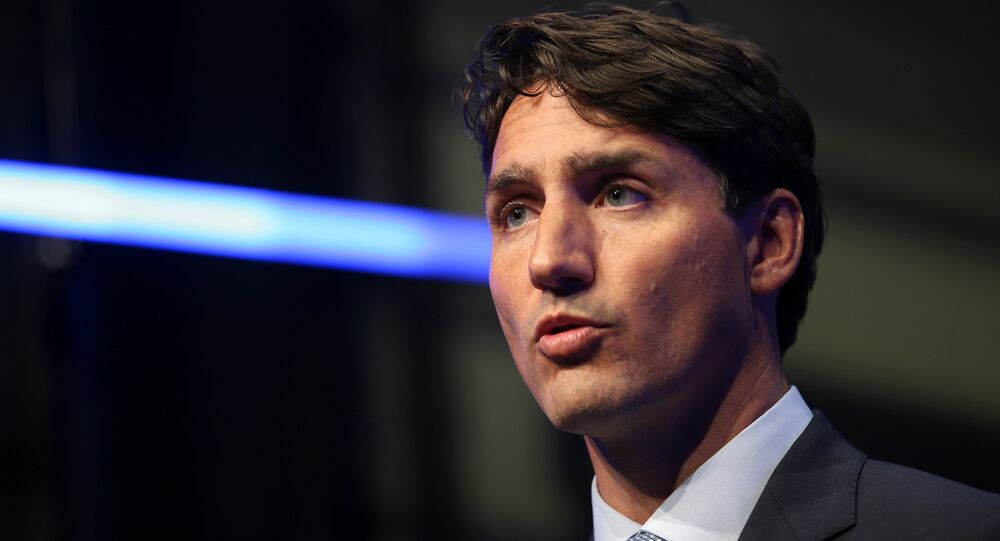 Freeland is in Washington, DC to resume trade talks following Monday's announcement that a trade agreement was struck between the United States and Mexico as part of the efforts to modernize the North American Free Trade Agreement (NAFTA).

"We’re looking forward to meeting our Mexican counterparts later today," Freeland said. "So as I said, today we had a very good, constructive, first conversation for the week." The Canadian foreign minister added that they will begin discussing specific trade issues concerning the NAFTA on Wednesday.

Trudeau stressed Ottawa is encouraged by the progress made between the United States and Mexico, which marks an important step toward advancing negotiations to improve NAFTA. Canada will join the US-Mexico agreement as long as it benefits Canada and its middle class, Trudeau added.

On Monday, US President Donald Trump announced that the United States reached a preliminary trade deal with Mexico to replace NAFTA. In particular, the deal will change rules governing auto manufacturing in NAFTA in an attempt to bring more car production back to the United States, but little else is known about the latest agreement, which must eventually be approved by the US Congress.

© AP Photo / Marco Ugarte
'Mexico Faces Serious Economic Issues If Trump Chooses to Quit NAFTA' - Analyst
The Mexican Automotive Industry Association (AMIA) said later on Tuesday that it was committed to ensuring Canada's integration into the new trade agreement that it took part in negotiating between the United States and Mexico.

"We will continue to participate in the negotiations as part of the Room Together [consultation group] to integrate Canada in order to ensure that the outcome maintains the current plant production, the best integration in the North American region and the competitiveness of the region," AMIA said in a press release.

AMIA emphasized that the negotiation process is not yet finished, adding that it is necessary for Canada to join the deal in order to complete the modernization of the trilateral pact, which promotes and consolidates the productive chains of the automotive sector.