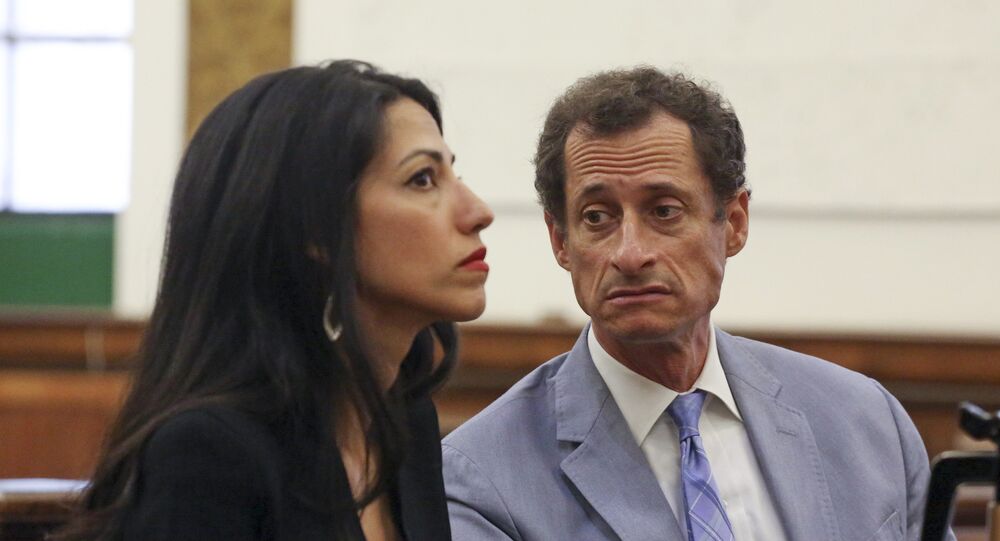 When former FBI Director James Comey said “thanks to the wizardry of our technology,” the FBI was able to comb through hundreds of thousands of emails belonging to sex offender and ex-Congressman Anthony Weiner and exonerate former US Secretary of State Hillary Clinton of “emailgate,” he was not being truthful, according to an investigation.

RealClearInvestigations found that Weiner's laptop, which contained some 694,000 emails that might have been related to Clinton's mishandling of classified information when it was seized in October 2016, was not thoroughly investigated — despite the fact that Comey apparently thought the laptop important enough to reopen the FBI's investigation into Clinton's use of a private email server, an "October surprise" Clinton supporters and statisticians have cited as a decisive factor in the Democrat's election loss.

A mere 3,077 of those emails were pored over by FBI forensic investigators, which translates to about 0.4 percent. The electronic mail contents purportedly came under scrutiny in late October 2016 when it was discovered that Clinton's senior aide, Huma Abedin, who is married to Weiner, had exchanged emails with the secretary of state on his computer. (Abedin and Weiner have separated, but withdrew their divorce petition in January 2018, reportedly to settle their split privately.)

The FBI said that the only reason it had taken Weiner's laptop as evidence was because it "ended up in our laps," according to page 95 of the Department of Justice inspector general's (IG) June 2018 report on FBI conduct during the 2016 election.

Here is the timeline of Comey's "October surprise."

Comey told the IG he learned of the emails on Weiner's laptop at the start of October 2016, but said it was possible he learned about it in September, when prosecutors in New York investigating Weiner's sexting habit with underage women informed the FBI they'd found a large cache of emails that might be relevant to the bureau's investigation into Clinton's use of a private server.

Per the IG report, "Comey told the OIG that this information ‘didn't index' with him, which he attributed to the way the information was presented to him and the fact that, ‘I don't know that I knew that [Weiner] was married to Huma Abedin at the time.'"

Later in the report, Comey explained the reason why it "didn't index" with him that Weiner had in his possession hundreds of thousands of emails between Clinton and Abedin of the type which Comey was tasked with investigating:"[T]he reason I didn't index it is, it was a passing thing that almost seemed like he [the deputy briefing Comey] might be kidding, and so I don't think I indexed it hard."

Law enforcement officials in New York were never "kidding" when they told the FBI about these emails on Weiner's laptop in September 2016.

While acknowledging that going public about Clinton's emails being found on Weiner's laptop vis-à-vis Abedin would "bring such a storm," the option of not dropping the news to Congress would have been "catastrophic," Comey told the IG.

On October 28, 2016, less than two weeks from Election Day, Comey informed US congressional leadership offices that new evidence had required the FBI to reignite the probe into Clinton's careless handling of sensitive information. The significance of the revelation can hardly be overstated. "Hillary Clinton would probably be president if FBI Director James Comey had not sent a letter to Congress on Oct. 28," election calculus guru Nate Silver argued in one of the many post-mortems of Clinton's defeat.

Two days later, on October 30, the FBI obtained a warrant to search the laptop, according to page two of the IG report. (Then-FBI agent Peter Strzok waited 48 hours to request the warrant and did it on his home computer, in violation of FBI policy.)

According to RealClearInvestigation's law enforcement sources, the FBI did not take the emails on Weiner's laptop as seriously as Comey had claimed when speaking with Inspector General Michael Horowitz.

The investigative effort concluded that just 3,077 emails had been scrutinized after reviewing internal FBI memos, meeting notes and interviews with FBI agents and supervisors, as well as investigators from the US Congress.

"One career FBI special agent involved in the case complained to New York colleagues that officials in Washington tried to ‘bury' the new trove of evidence," RCI reported Sunday.

© REUTERS / Brendan McDermid
‘Not Why I Lost’: Hillary Clinton Blames Literally Everyone But Herself for Election Defeat

"Most of the emails were never examined, even though they made up potentially 10 times the evidence" of what the FBI had reviewed in its initial investigation into Clinton's email servers, one official said.

"There was no real investigation and no real search. It was all just show — eyewash — to make it look like there was an investigation before the election," Michael Biasello, a 25-year FBI veteran, told RCI.

Material on the laptop "was never previously sent out to the relevant" intelligence agencies "for security review," a law enforcement official told RCI. Bypassing the security review defied FBI policy to send classified material left on an unsecured device to the original classification authorities, as required by a 2014 damage assessment directive.

Three FBI employees finished the inquiry of the laptop in a single 12-hour session on the November 5, according to RCI, one day before Comey cleared Clinton of wrongdoing in a November 6 letter to Congress.

"The FBI investigative team has been working around the clock to process and review a large number of emails… During that process, we reviewed all of the communications that were to or from Hillary Clinton while she was secretary of state," Comey wrote in the November 6 letter clearing the Democratic nominee for president.

In September 2017, Weiner was sentenced to jail for almost two years and required to enter a sex offender treatment program.

'No, It's Hillary': Twitter Bursts as DNC Chair Calls Obama 'Real US President'