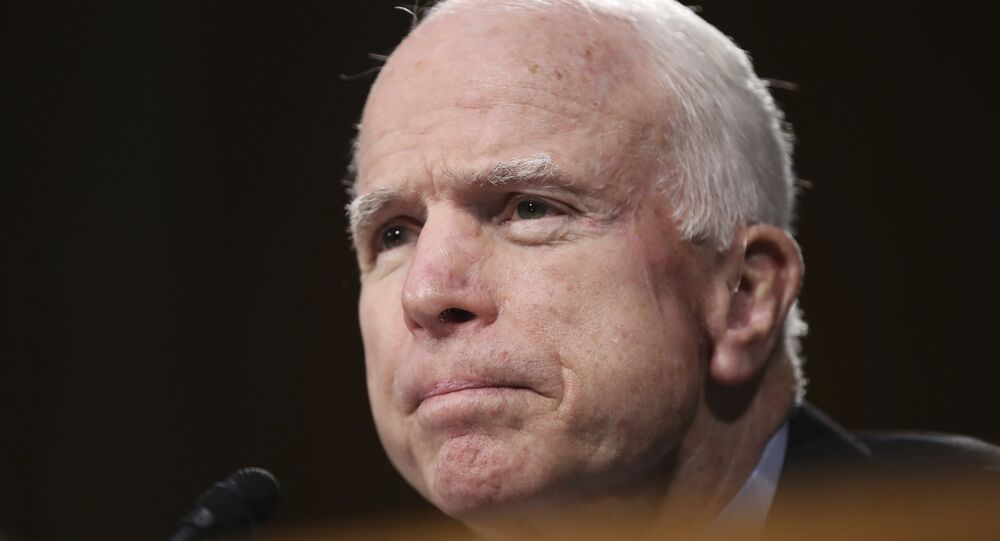 The US President had a rocky relationship with high-profile Republican McCain, who has publicly criticized his hardline immigration policy and recently bashed his performance at the Helsinki summit with Vladimir Putin and at the NATO summit.

At the same time, the list of participants will include his two predecessors Barack Obama and George W. Bush, who have been asked to give eulogies. Vice President Mike Pence has also been invited to attend the full dress funeral service, the newspaper said, citing two Republicans familiar with the arrangements. The report echoed details of the memorial service that leaked in May.

John McCain, an Arizona senator and Republican presidential nominee in the 2008 elections, died on Saturday at age 81. A day earlier, his family announced that he was discontinuing medical treatment after a year-long battle with brain cancer.

After news about McCain's death broke on Saturday night, Donald Trump swiftly took to Twitter to express his "deepest sympathies and respect" to the senator's family.

However, the two have been embroiled in a tangled conflict in the recent years. McCain was an outspoken critic of President Donald Trump; he has repeatedly accused the US president of collusion with Moscow during the 2016 presidential election and slammed Trump for his stance on refugee policy and 'fake news'.

Earlier this month, the US President avoided reading McCain's name when signing the 2019 military spending bill titled the John S. McCain National Defense Authorization Act in honor of the ailing senator. Instead, Trump opted to call him "one of our wonderful senators," to the displeasure of some public officials.

In some of the recent jibes at POTUS, McCain called his press conference with Vladimir Putin in Helsinki "one of the most disgraceful performances by an American president in memory" and his performance at the NATO summit in July "disappointing, yet ultimately unsurprising."

In 2015, shortly after announcing his presidential run, Trump told an audience in Iowa that McCain, a decorated Vietnam War veteran, was "not a war hero," saying that he preferred "people who weren't captured."

Days before Trump's comments, McCain had accused the Republican candidate of "firing up the crazies" when the latter bashed illegal immigrants during a rally in Arizona.