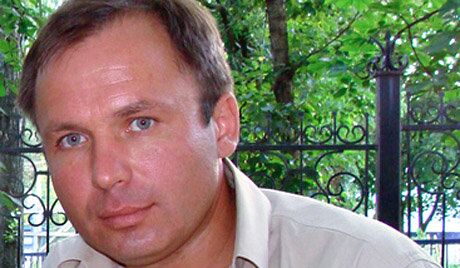 "This month we turned to the UN special rapporteurs on torture and arbitrary kidnappings requesting to review the case of Konstantin Yaroshenko and to recognize his detention as unlawful," Tarasov said. "Konstantin said today that he would like Russia to voice the topic of his kidnapping in the format of the UN Security Council."

© Sputnik
Yaroshenko Family's Privacy Must Be Considered by Media During US Visit - Lawyer
Tarasov also said that US authorities could possibly return Russian pilot Konstantin Yaroshenko, who serves a 20-year sentence in the state of Connecticut, to Russia to continue serving his sentence there, defense lawyer Alexey Tarasov told reporters.

"Such prerequisites [for exchanging or transferring Yaroshenko] exist," Tarasov said on Friday.

Meanwhile, Yaroshenko’s wife Victoriasaid that her husband has never received a response to his letter sent to US President Donald Trump in which he asked to be transferred to serve his sentence in Russia.

"He hasn’t gotten any reaction, any response," Victoria said on Friday, adding that perhaps the time has come to write another letter.

Victoria noted that the US Embassy in Russia issued her and her daughter a one-time entry visa to the United States, and so far there is no other opportunity for them to visit their loved one in the future.

Konstantin Yaroshenko was captured in Liberia in 2010 and sentenced the following year in the United States to 20 years on charges of conspiring to import drugs. In 2016, the New York Court of Appeals refused to revise the Yaroshenko's sentence.

In April, the Russian Embassy in the United States voiced concerns about reports that Yaroshenko was enduring abuse in prison and called on the prison's administration to stop violating his fundamental rights.

Russian Pilot Yaroshenko Transferred to Another US Prison - Russian Embassy

Russian Pilot Yaroshenko Jailed in US: Conditions in New Prison 'Much Worse'

Russian Embassy in US Concerned Over Alleged Humiliation of Pilot Yaroshenko