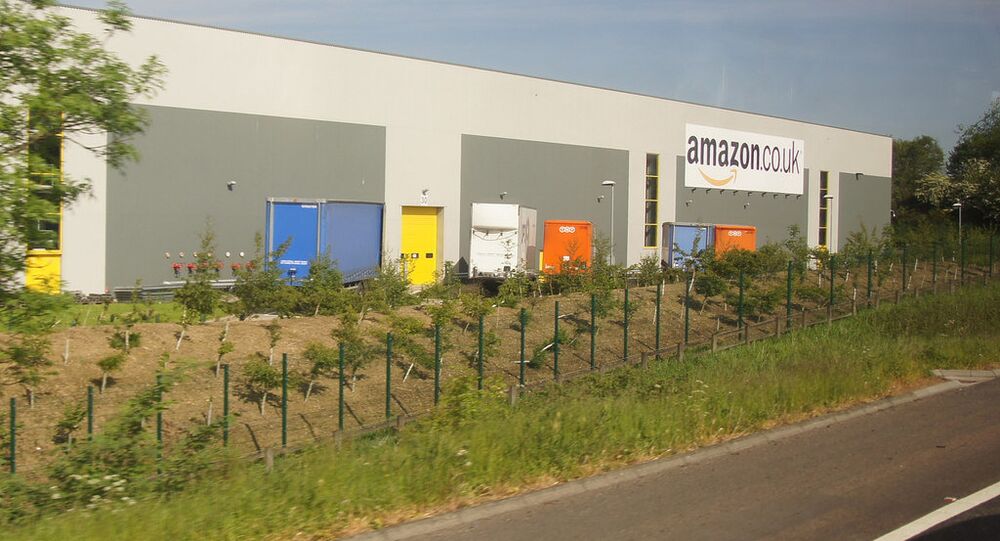 Keep Calm: Amazon Workers 'Can Go to Toilet Anytime' and Proud of It

Amazon has long been criticized for creating difficult working conditions for its employees, particularly those working in the company’s fulfillment centers.

Sympathetic buyers concerned about the conditions thousands of Amazon’s warehouse workers have to labor in, will rejoice at the heartwarming news that the giant retailer’s workers occasionally find time to use the toilet, the Independent wrote.

Incredible as it may seem, they are even allowed to drink water on the job, work in well-lighted warehouses ventilated by really big fans, and last, but certainly not least, don’t even need food stamps to survive until their next paycheck comes around.

© AP Photo / Ted S. Warren, File
Staff, Investors Push Amazon to Stop Selling Facial Recognition Tech to Police
With all these perks, it’s no wonder that some of those happy fulfillment center employees, stockers, pickers and packers, regularly come to the company’s defense online each time it is being raked over the coals for poor working conditions.

Over the past two weeks, 16 accounts have popped up on Twitter in response to a reported uptick in health and job safety complaints at Amazon facilities and a recent UK report about  Amazon workers skipping bathroom breaks and urinating into bottles to ensure they fulfill their daily performance quotas.

The accounts are surprisingly uniform and happy about how their company is treating them. All feature a photo of the account’s owner inside a warehouse, though many of their faces are not visible, and there’s only a first name for the person in question.

An Amazon spokesman, Ty Rogers, said that the account holders are real employees working in fulfillment centers, not Twitter bots.

“The most important thing is that they’ve been here long enough to honestly share the facts based on personal experience. It’s important that we do a good job of educating people about the actual environment inside our fulfillment centers,” Rogers added.

One such account holder, Phil, a stocker based in Kent, Washington, boasted that he gets to use a bathroom whenever he wants.

He added that hardworking employees are rewarded with in-house currency that can only be spent at the Amazon store, and that they usually spend the bonus on sweatshirts and water bottles, but juts for drinking, mind you, the newspaper wrote.