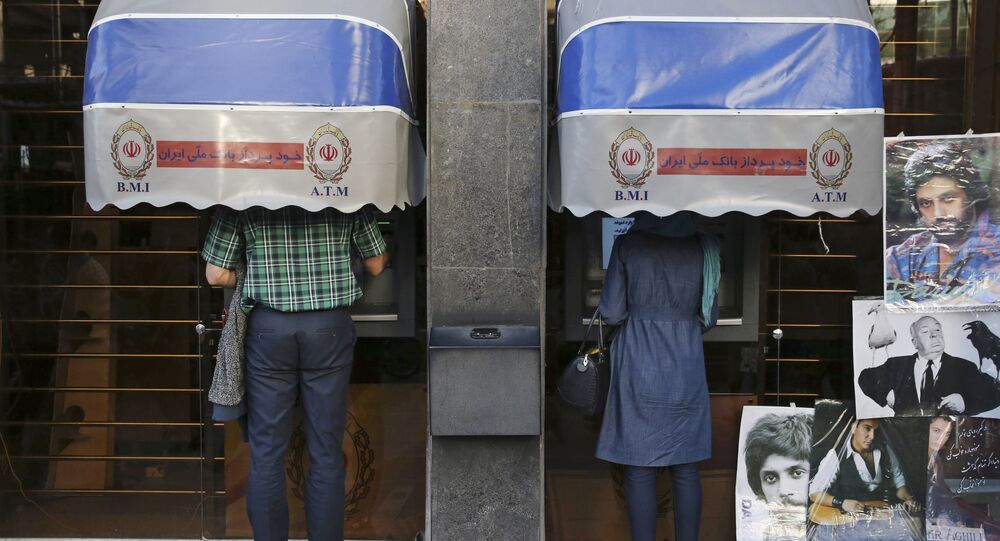 WASHINGTON (Sputnik) - A group of US senators is urging the Department of the Treasury to cut off Iran’s financial institutions from the Society for Worldwide Interbank Financial Telecommunication US Senator Ted Cruz and 15 other senators said in a letter to Treasury Secretary on Thursday.

"We urge you to take all necessary steps to ensure the Society for Worldwide Interbank Financial Telecommunication (SWIFT) disconnects the Central Bank of Iran (CBI) and all other designated Iranian financial institutions," the lawmakers said.

The senators said the Trump administration’s maximum pressure campaign against Iran will not succeed if the Iranian government remains connected to the SWIFT.

The United States has authority to take such decisive action against Iran under Section 220 of the Iran Threat Reduction and Syria Human Rights Act of 2012, the senators noted.

© Sputnik / Sergey Guneev
'US Using Sanctions as a Weapon Disrupting Global Trade' - Ex-Diplomat
The measures allow the US president to impose sanctions on individuals providing specialized messaging services to the Central Bank of Iran and all designated Iranian financial institutions, pursuant to provisions in the Comprehensive Iran Sanctions, Accountability, and Divestment Act of 2010 and the International Emergency Economic Powers Act, the lawmakers said.

Iran is currently facing the reintroduction of US sanctions. The initial round of sanctions went into force earlier this month, while the second round is expected to take effect in the fall.

In May, US President Donald Trump said that the United States would leave the nuclear agreement with Iran that stipulated Tehran should ensure the peaceful nature of its nuclear program in exchange for the gradual lifting of sanctions.