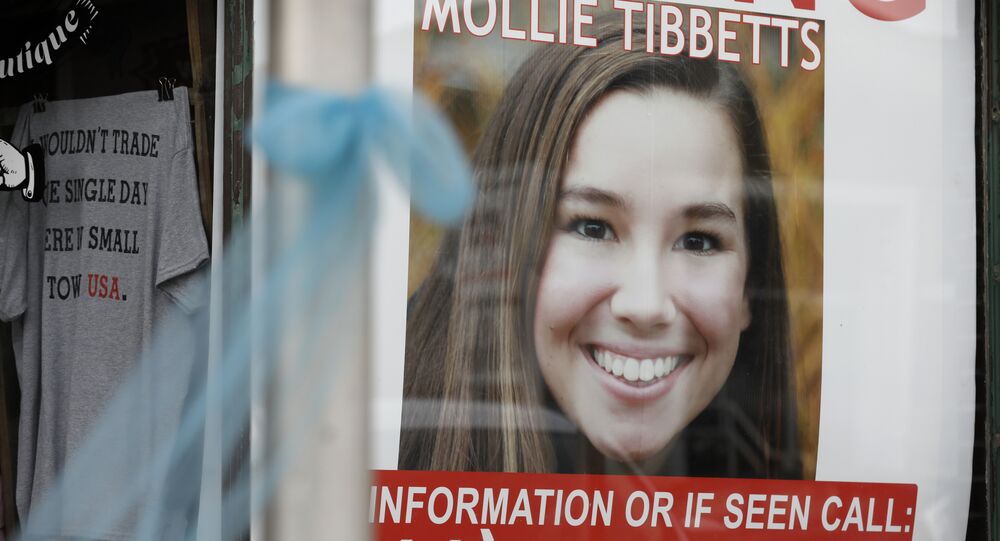 Iowa Student's Killer Says He 'Got Mad,' Has No Memory of Her Death

The murder of Iowa college student Mollie Tibbetts by a Mexican immigrant illegally residing in the US has added a new twist to the issue of illegal migration in the US.

On Tuesday, police said that the Malibu, which was caught on surveillance footage in Brooklyn, Iowa, was driving back and forth in the area where Tibbetts was jogging in the "late afternoon hours of July 18," the day she went missing.

© CC0
Illegal Migrant From Mexico Admits Killing Missing Iowa Student – Police
Cristhian Bahena Rivera, 24, confessed to following Tibbetts in his car during her evening run five weeks ago before getting out and running "behind and alongside" her.

He said he "got mad" when she threatened to call 911, but claimed to have no memory of her death.

When his memory purportedly returned, Rivera noticed a headphone earpiece in his lap, which is "how he realized he put her in the trunk."

According to officials, Rivera checked the trunk of his car, where he saw Tibbetts' body wearing exercise clothing and with blood on both sides of her head.

He said he dragged her into a secluded corn field, and allegedly left her body face-up and covered with corn stalks.

The confession came just hours after Mollie Tibbetts’ body was found dumped in a cornfield earlier this week, following a month-long disappearance.

The gruesome killing has induced widespread horror and prompted an elevated level of attention and outrage from conservative politicians, including President Donald Trump who blamed US immigration laws for Tibbetts' death.

“You heard about today with the illegal alien coming in, very sadly, from Mexico and you saw what happened to that incredible, beautiful young woman,” Trump told the crowd at a rally in West Virginia on Tuesday evening.

“Should’ve never happened. The laws are so bad, the immigration laws are such a disgrace. We’re getting it changed, but we have to get more Republicans,” he added.

Cristhian Rivera apparently had been working on a farm in the area and was vetted by the government system.

On Wednesday, a judge in Montezuma, Iowa, ordered him to be jailed on a $5 million, cash-only bond.

A conviction on a first-degree murder charge carries a mandatory sentence of life in prison without parole in Iowa, which doesn’t have the death penalty.