California’s Santa Clara County Fire Department isn’t buying Verizon’s explanation for why the department’s internet data was throttled as it battled some of the enormous blazes sweeping the state this summer. Verizon claimed on Tuesday that it throttled the department’s “unlimited” data due to a "customer support mistake."

But that appears to be a rather vague description of the situation. Santa Clara Fire Department Chief Anthony Bowden said that initially, Verizon told the department they would have to pay for a new data plan in order to stop the slowing of their internet access. That would have cost the department a hundred dollars per month, as opposed to the current $38 plan.

The department pays for "unlimited" data usage, but the company reduces the speed of data exchanges after a certain threshold is reached.

The Santa Clara County Central Fire Protection District was already one of two dozen plaintiffs suing the Federal Communications Commission (FCC) with the aim of overturning the repeal of net neutrality regulations which forbade selective treatment of data and data use by internet service providers. (Santa Clara County is another one of the plaintiffs.) FCC Chairman Ajit Pai scrapped the rules in December; a coalition of plaintiffs was formed by February.

Verizon told Ars Technica that the "situation has nothing to do with net neutrality or the current proceeding in court."

"Verizon's throttling has everything to do with net neutrality," County Counsel James Williams countered. "It shows that the ISPs will act in their economic interests, even at the expense of public safety."

"In repealing net neutrality rules, the Trump administration failed to consider public safety threats as required by law," Williams added. "For this reason alone, the repeal of net neutrality is illegal and must be overturned."

Bowden wrote in a legal declaration that the "throttling has had significant impact on our ability to provide emergency services." 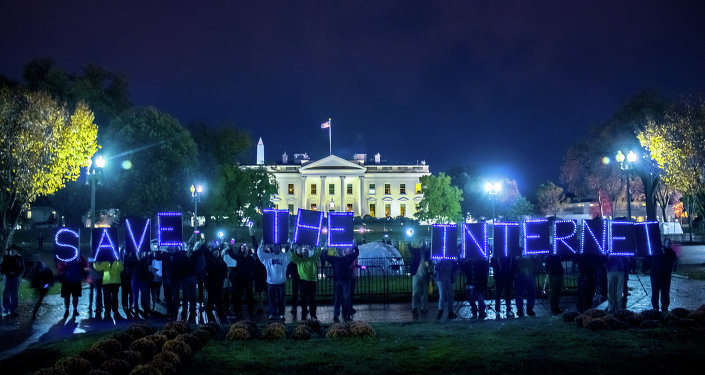 The data restrictions reportedly affected a "command and control" vehicle coordinating the fight against California's largest-ever wildfire, which broke out July 27.

"Regardless of the plan emergency responders choose, we have a practice to remove data speed restrictions when contacted in emergency situations," Verizon said. The department did contact them, but Verizon said it "made a mistake."

Over 20 US States Reportedly File Lawsuits Over Net Neutrality Repeal