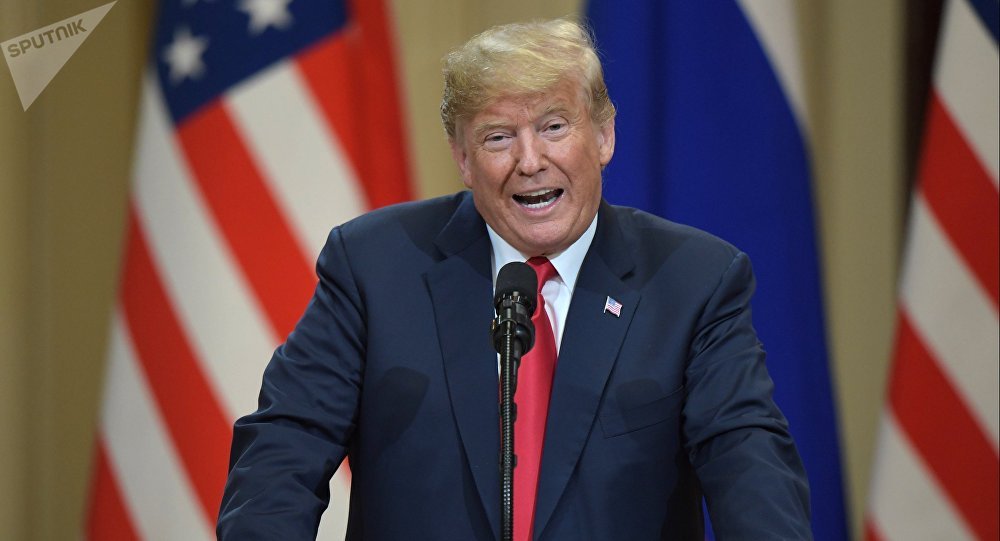 WASHINGTON (Sputnik) - US President Donald Trump said in an interview on Wednesday that he knew about the payments his former personal lawyer Michael Cohen made to two women in order to silence them about affairs they had with Trump, "later on."

In an interview with Fox News scheduled to air on Thursday, Trump was asked if he knew about the payments Cohen made, and responded, "Later I knew. Later on… but they weren't taken out of campaign finance, that's a big thing, they didn't come out of the campaign, they came from me and I tweeted about it."

Earlier in the day, Cohen's lawyer Lanny Davis said that Trump directed Cohen to commit a crime, adding that his client would refuse to accept a presidential pardon for the crimes he pleaded guilty to.

On Tuesday, Cohen pleaded guilty to five counts of tax evasion, one count of making a false statement to a bank and two campaign finance violations. Court documents showed that Cohen admitted to making payments to two women in coordination and at the direction of a candidate for federal office.