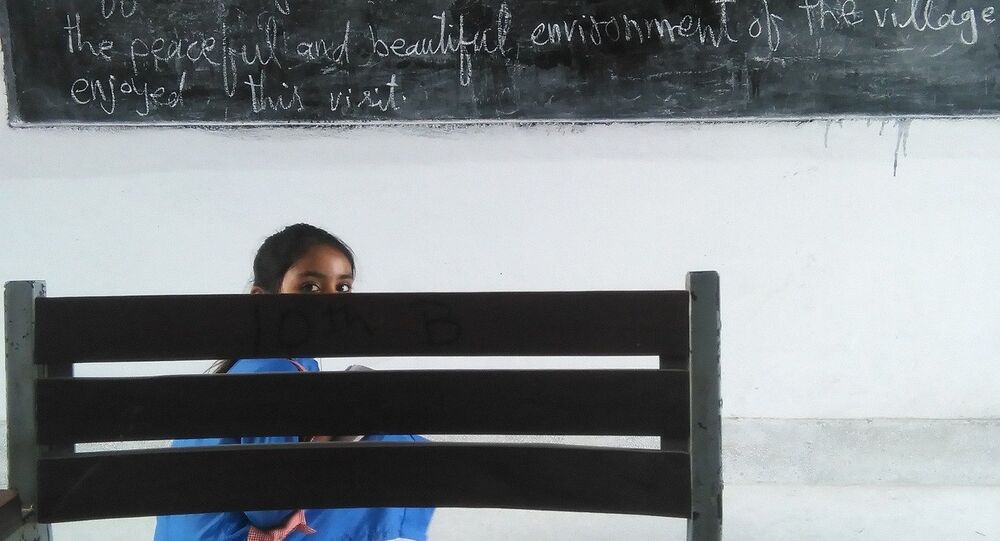 Faith Fennidy, 11, who attends Christ the King Middle School in Louisiana, was told by a school administrator that braids are not a part of the school’s dress code, and that she would have to remove them or look for another place to study, The Independent wrote.

A video posted on Facebook shows a black school girl crying as she is forced to leave school grounds for having braids which the school believes are at variance with the institution’s  uniform policy.

The incident created an angry backlash from Netizens who accused the school’s administration of racism and were otherwise appalled by the decision.

She was humiliated and removed from the school over it.

Let's be clear — this is Christianity as White Supremacy. pic.twitter.com/22IIKD9UCk

I see absolutely nothing wrong with her hair. It’s neat, beautifully braided, clean, out of her eyes not hanging in her face. Please someone explain to me what the problem is? This is ridiculous’

Rules are rules yes. But she's not breaking any of them. Anyone saying her hair is not "conventional" is racist and is pushing their agenda on her. Why is it not conventional? It's her natural hair and she's born that way.

“This policy was communicated to all parents during the summer and again before the first day of school,” he wrote.

“Furthermore, the school leadership worked with families as needed to ensure compliance,” he added.

In a statement obtained by Sputnik, Christ The King Elementary School Policy said that Faith Fennidy’s family was offered "an opportunity to comply with the uniform and dress policy and the family chose to withdraw the student," adding that the student was not "suspended or expelled."

Fennidy’s family is considering suing the school for discrimination.

Braids are a type of hairstyle that black people adopt in order to maintain their thick, natural hair.

This hairstyle makes it more convenient to play sports; it keeps the hair healthy and allows it to grow. Many in the community argue that the school’s new policy disproportionately impacts black students.

Previously, a boy was forced to enroll at a different school after his school’s authorities ordered him to remove his dreadlocks or drop out.