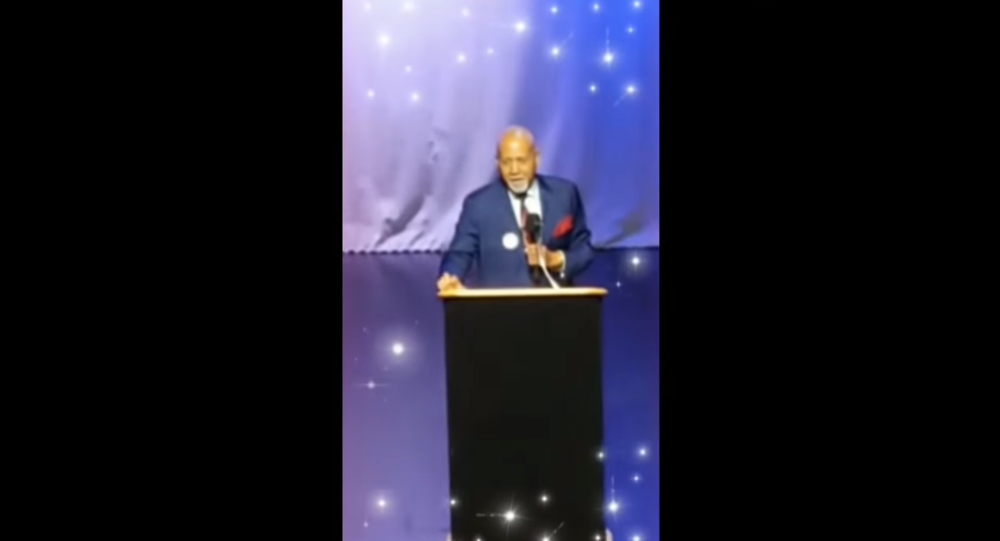 "Do you know the difference between a crisis and a catastrophe?" Hastings (D-FL) said at a "Stronger Together" rally in Sunrise, Florida, in his congressional district. "A crisis is if Donald Trump falls into the Potomac River and can't swim."

​He then added: "And a catastrophe is if anybody saves his ass."

​Talk about a warm-up act! The crowd reportedly loved the jab at POTUS.

In case you're geographically challenged, the Potomac is the river that runs alongside the US capital, Washington, DC.

Other prominent state Democrats were at the event, including Sen. Bill Nelson and four of the five leading Democratic candidates for governor, although they had already left by the time of Hastings' joke, the South Florida Sun Sentinel reported.

Hastings reportedly learned the joke from the son of former state representative Barry Silver, who once represented Palm Beach County, also part of Hastings' district, in the state's legislature.

Continuing to roast the head of state, Hastings went on to say that there's no question "that something is tragically wrong with the president of the United States in his mind."

​​Hastings went on to predict that if special counsel Robert Mueller's Russiagate investigation doesn't bring Trump down, then former Trump adviser Omarosa Manigault Newman will, The Hill reported. The first-name famous Omarosa presently claims to be sitting on a video that contains damning evidence proving the president's racist attitudes, including his alleged use of the n-word, and Mueller is investigating supposed collusion between Trump's election campaign and Russian actors during the 2016 election that brought him to power.

Hastings laid into Trump during that election, too, calling him a "sentient pile of excrement," the Miami Herald reported.

Several past presidents have availed themselves of the opportunity to dip in the Potomac, including John Quincy Adams and Theodore Roosevelt, both of whom reportedly swam in it naked in winter, according to the Chicago Tribune.

Of course, even if he knew the doggie paddle, Trump might get President Lyndon B. Johnson's treatment. Johnson once quipped, "If one morning I walked on top of the water across the Potomac River, the headline that afternoon would read: 'President Can't Swim.'"

'No Idea What He Said': WATCH Trump Joke About Macron's Speech