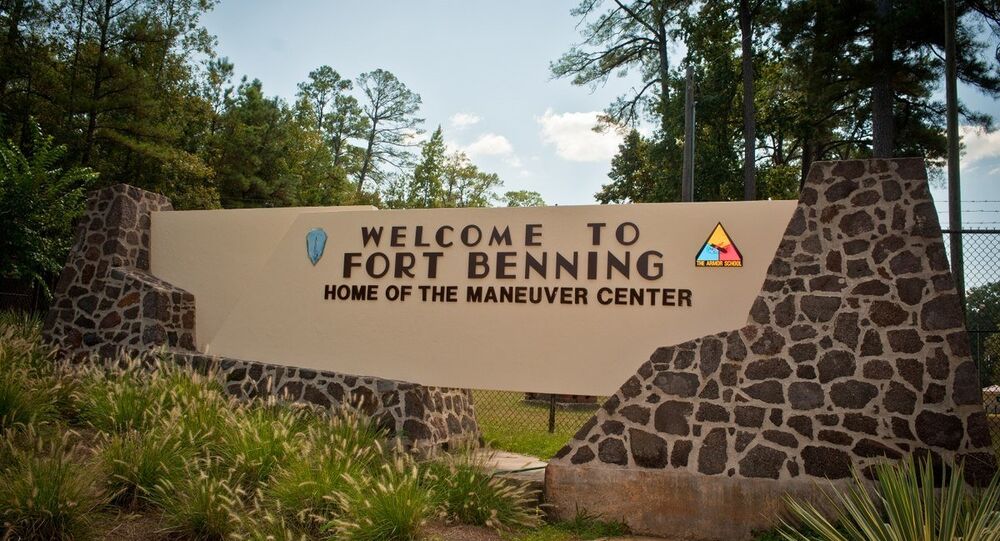 A group of US senators has expressed concern to the US Army over revelations that lead paint in on-base Army housing has had life-changing medical consequences for young children living there.

Heavy metal inside an officer's house at Fort Benning, Georgia, where one Colonel J. Cale Brown served as a battalion commander, led to the metal poisoning of 10-month-old JC Brown, the young son of the colonel and his wife, Darlena.

Brown was required to reside on Fort Benning's premises as part of his military responsibilities in 2011, even though the couple owned another house nearby. The Browns' Fort Benning residence, which had housed infantry officers for eight decades, inflicted irreparable damage on the couple's child. About eight months after moving in, JC, then 18 months old, began waking up during the night in screaming fits, refused food and "stopped responding and lost most of his words," according to an August 16 report by Joshua Scheneyer and Andrea Januta, writing for Reuters.

Medical professionals pondered for some 12 months whether JC was suffering autism, ear infections or colic. A blood test would eventually reveal abnormally high levels of lead. "He was disappearing into an isolated brain," Darlena Brown said.

The house was managed by a contractor named Villages of Benning. After learning of JC's poisoning, the contractors ran tests and found 113 spots in the house where the paint contained lead. The Browns relocated to a house next door on the US Army base.

But the lead from their first Fort Benning residence had damaged JC's brain, according to medical records viewed by Reuters. While JC runs and swims at a high level of aptitude for his age, speech and social interaction are areas where JC finds the going a bit more difficult. "I'm sad that my son lost his future. It was because of where we were that this happened," the mother said.

According to a pamphlet from the World Health Organization outlining the dangers of lead to children, research indicates lead can have adverse neurobehavioral impacts "at 5 [micrograms per deciliter of blood] and even lower," yet, "there appears to be no threshold level below which lead causes no injury to the developing human brain."

Brown, who now provides guidance to the White House National Security Council, wrote a letter to the US Army Office of the Inspector General last year, stating, "There is no acceptable number of children that the Army can allow to be so egregiously hurt." He has not received a response, Reuters notes.

According to Army records, some 31 kids who lived at houses at Fort Benning had lead levels higher than five micrograms per deciliter of blood, which is the threshold that the Centers for Disease and Control Prevention relies on to determine heightened levels of lead in a child.

Between Fort Polk, Louisiana; Fort Riley, Kansas; and Fort Hood and Fort Bliss in Texas, another 77 kids tested above the five microgram threshold. Some 1,050 cases of children with elevated lead were seen by medical professionals at Brooke Army Medical Center in Texas between 2011 and 2016. The center takes patients from military bases across the country.

Adding insult to injury, the Villages of Benning itself knew that 2,274 of the 4,001 family homes at Fort Benning had "lead-based paint present in them," a November 2017 internal memo said. In 2005, the army reported 75 percent of its homes in the US didn't meet safety standards. Regarding Fort Benning, the report said: "As homes deteriorate, the risk of children's being exposed to hazardous material… would increase."

When Darlena Brown expressed her concerns about lead paint in the house during the family's initial tour through the property in 2011 with a Villages of Benning agent, the agent assured her, "You have nothing to worry about, Mrs. Brown. We've never had any problem with lead."

The news of lead poisonings of children at US military bases was exposed on August 16 for the first time. On August 17, Sens. Tim Kaine (D-VA), David Perdue (R-GA), Mark Warner (D-VA) and Johnny Isakson (R-GA) penned a letter to Secretary of the Army Mark Esper, stating in part, "These on-base homes, managed and operated largely through private partnerships, are putting families and children at risk."

The lawmakers asked Esper to provide a briefing as soon as possible "outlining the immediate and long-term mitigation strategy to keep military families safe." They also asked the secretary to "provide legislative proposals or guidance on legislation needed to hold contractors accountable."