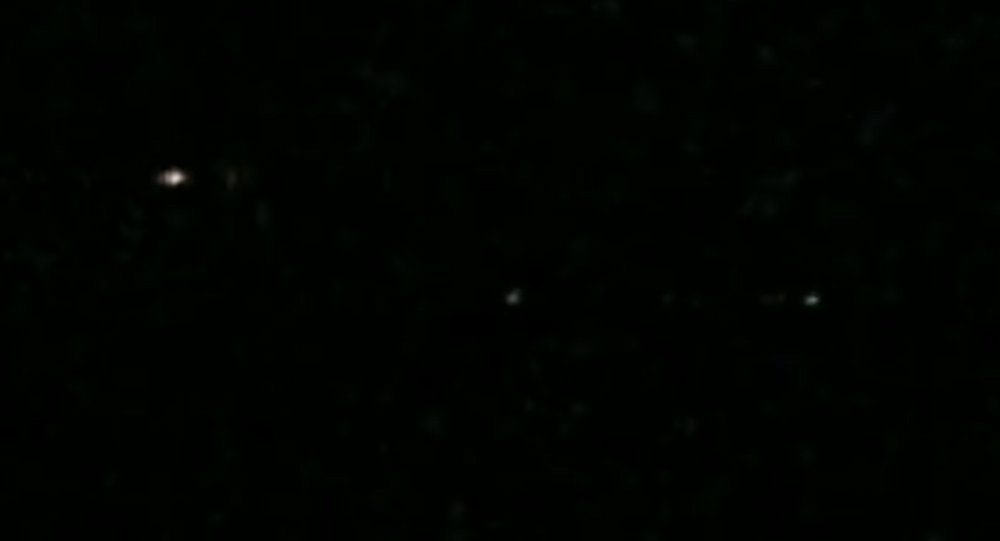 Timothy Woodruff, a Michigander living near the coastal community of Petoskey, found himself witnessing a curious light show earlier this month, one he says was the work of an unidentified flying object.

According to Woodruff, the incident took place August 11, 2018, at roughly 11:15 p.m. local time. The footage, which was posted on YouTube Monday, shows three lights blinking, and a non-blinking light is seen hovering above the others to the left.

© Photo : YouTube/Scott Waring
Could a Mysterious Mars Object Be a Secret Alien Base? (VIDEO)

He later noted that "the object itself did not move" and that he was able to observe it for more than 20 minutes.

It's unclear what the mysterious object might have been.

Woodruff's sighting follows that of a North Carolina man who claimed to have spotted a "spacecraft" hovering above some trees near the Tar Heel State's Lake Norman last week. It was later revealed that the mysterious UFO was actually the Goodyear Blimp, which was in the area for NASCAR's Coca Cola 600 race.