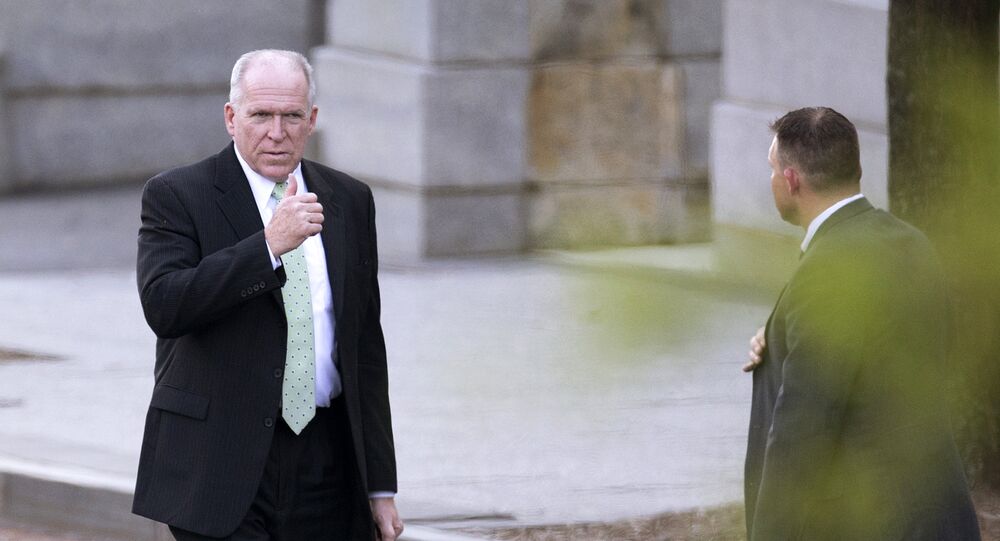 WASHINGTON (Sputnik) - President Donald Trump is mistaken if he believes that former CIA Director John Brennan will be silenced by having his security clearance revoked, former Vice President Joe Biden said in a statement.

"If you think it will silence John, then you just don't know the man," Biden said via Twitter on Wednesday.

Earlier in the day, White House spokeswoman Sarah Huckabee Sanders read a statement that Trump has revoked Brannan’s security clearance and is considering doing the same with the security clearances of other former officials, including former FBI Director James Comey and former Director of National Intelligence James Clapper.

© AP Photo / J. Scott Applewhite
Trump Revokes Security Clearance of ex-CIA Director John Brennan - White House
Trump said in the statement that Brennan has been unprofessional and used his status to make a series of unfounded and outrageous allegations as well as wild outbursts on internet and television about the Trump administration.

Biden characterized Trump's move as an act unbecoming a president and emphasized that Brennan has never been afraid of openly expressing his opinion.

Brennan responded to Trump by saying that his principals are worth far more than security clearances and pledged he would not relent.