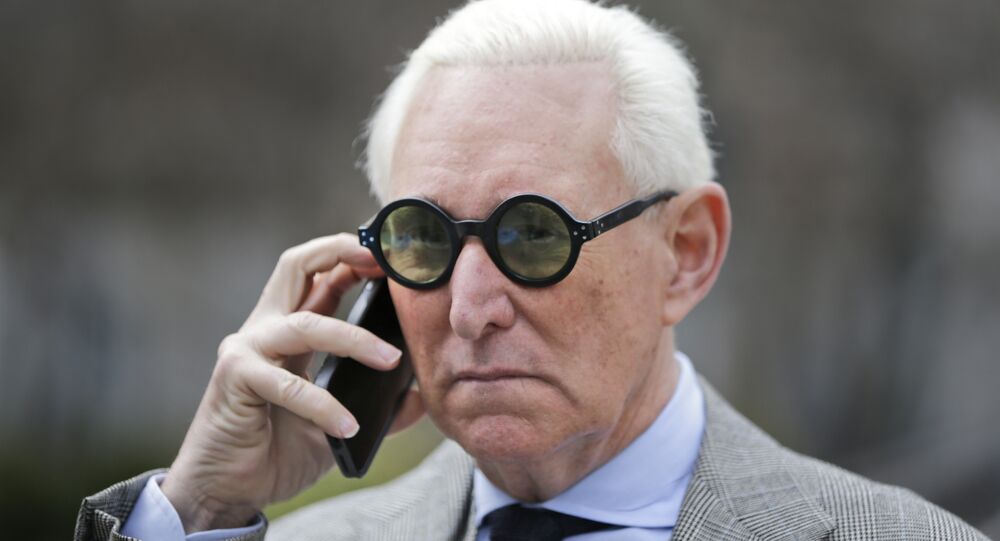 "I love this — proud to be in this crew — but the only lies being told are by liberal scumbags," Stone said on Instagram Monday evening. The post was quickly deleted, Splinter noted, but not before being captured in a screenshot for posterity.

It appears that Roger Stone has deleted this photo of him and Trump as the "Space Force" wearing uniforms clearly emblazoned with swastikas. https://t.co/uracvyLxfB pic.twitter.com/dzWHoWOKro

​The photo, which includes the heads of Trump and Stone, along with those of Vice President Mike Pence, Trump's attorney Rudy Giuliani, White House Press Secretary Sarah Huckabee Sanders and others photoshopped onto a photo of astronauts, includes a stylized swastika with a rocket on one of its arms in the upper right-hand corner; the symbol is also placed on each of their suits, as if it were an official patch. At the bottom of the image, it says, "Space Force: in space no one can hear you lie."

Business Insider notes that the image was actually created by left-wing critics of Trump, his team and his proposed sixth branch of the US military, the Space Force. It's unclear if Stone realized that or if he simply thought the image was earnest in its combination of a prominent fascist symbol with POTUS' new military proposal.

The swastika, or broken cross, was used as the primary symbol of the Nazi Party in Germany in the 1930s and 40s, and has since become a worldwide symbol of Nazism, fascism and white supremacy. Its display is banned in Germany, and the Anti-Defamation League lists the swastika as a hate symbol.

It is perhaps not the best time for Stone to be putting himself in the limelight. The Hill noted Monday that Special Counsel Robert Mueller's investigation of alleged Russian collusion by Trump campaign officials "seems to be zeroing in on Roger Stone" for his connection to WikiLeaks and the hacker Guccifer 2.0, seeking testimony from an increasing number of people connected to the former Trump campaign adviser.