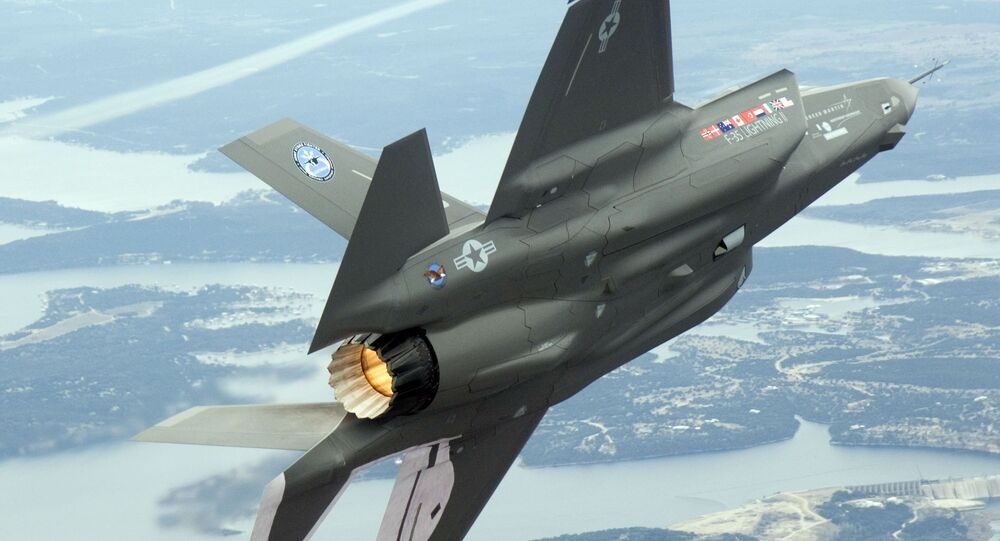 The new law bans the sale of the fifth-generation stealth fighters pending a Pentagon report on the risks Ankara’s planned purchase of a S-400 missile defense system from Russia could pose to US security.

© AP Photo / Northrop Grumman
Turkey’s Purchase of S-400 From Russia May Nix Sale of F-35 Jets - US Official
The National Defense Authorization Act (NDAA) provides about $616.9 billion for the base Pentagon budget, $21.9 billion for nuclear weapons and $69 billion in war funding.

It also authorizes a 2.6 percent pay raise for members of the military, boosts the ranks of the US military services by 15,600 active troops and approves the purchase of 13 new Navy warships and 77 F-35 Joint Strike Fighter jets.

Tensions between Washington and Ankara have intensified over a wide range of topics, including Syria, Turkey’s bid to buy Russian defense systems, and the case of American pastor Andrew Brunson, who is currently being tried in Turkey on charges of terrorism.

Washington has repeatedly called for his release, but Ankara said the decision was up to the courts.

The US has responded by sanctioning two Turkish ministers and doubling the tariffs on steel and aluminum imports from Turkey.

On June 18, the US Senate passed an amendment to the National Defense Authorization Act an amendment banning the sale of the F-35 Joint Strike Fighter jets to Turkey citing Ankara’s planned purchase of two batteries of the S-400 air defense missile system from Russia.

Turkish officials have responded to Washington’s pressure by saying that Ankara does not accept sanctions from NATO partners while discussing deliveries of the Russian S-400 systems.

When speaking in Ankara on April 9, President Recep Tayyip Erdogan said that Turkey would not backtrack from its decision to buy the S-400 missile systems.