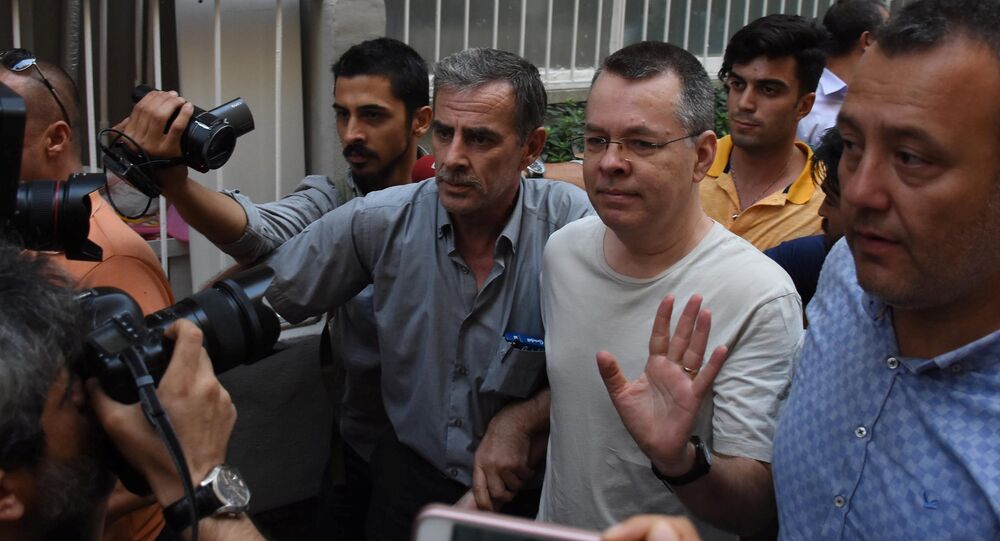 WASHINGTON (Sputnik) - US National Security Advisor John Bolton and Turkey’s Envoy to the United States Serdar Kilic have discussed the imprisonment of US pastor Andrew Brunson, as well as bilateral ties between the two nations in a meeting on Monday, White House spokesperson Sarah Huckabee Sanders, said in a statement.

"At the Turkish Ambassador’s request, Ambassador John Bolton met with Ambassador Serdar Kilic of Turkey today in the White House," Sanders said on Monday. "They discussed Turkey’s continued detention of Pastor Andrew Brunson and the state of the US-Turkey relationship."

Most recently, Trump authorized the doubling of steel and aluminum tariffs on Turkey resulting in the Turkish lira reaching a record low. The Trump administration also froze the assets of two Turkish ministers who allegedly contributed to human rights abuses in the country.

US-Turkish bilateral relations have deteriorated over US pastor Andrew Brunson detention in Turkey in 2016.

Brunson, who was arrested on suspicion of ties to the movement accused of orchestrating the 2016 failed military coup in Turkey, was released from prison in late July and placed under house arrest.

US Contradicts Its Alliance With Turkey on Fundamental Security Issues – Ankara

Turkey's Erdogan Vows to Retaliate Against US Increase on Metal Tariffs