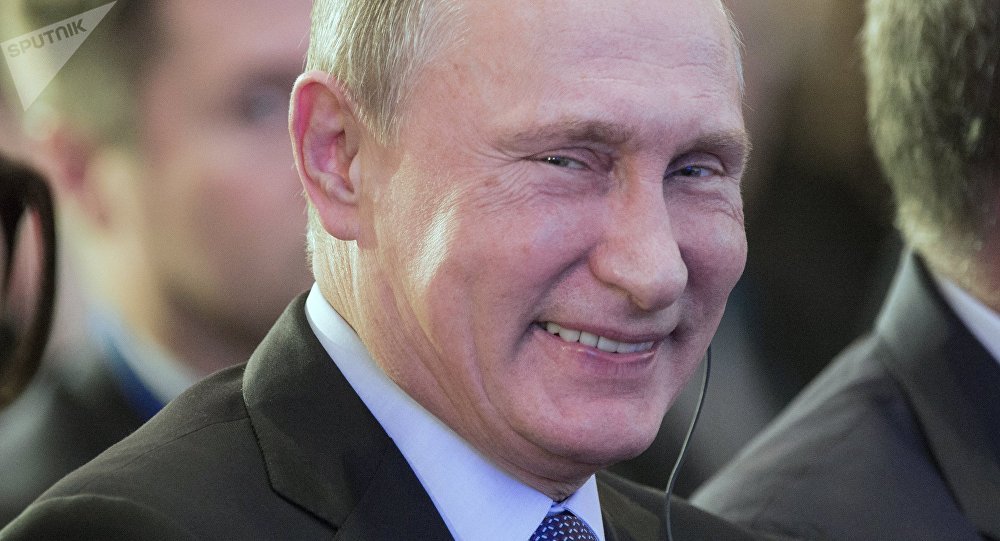 On Monday morning, a former challenger of US President Donald Trump’s for the Oval Office responded to a Twitter attack by POTUS with a looping GIF of Russian President Vladimir Putin laughing.

Ohio Governor John Kasich has been a fierce critic of the White House since losing the Republican Primary to Trump in 2016, though both are now out supporting Republican candidates as US congressional elections loom. That hasn't stopped the president and the governor from taking shots at each other, however. 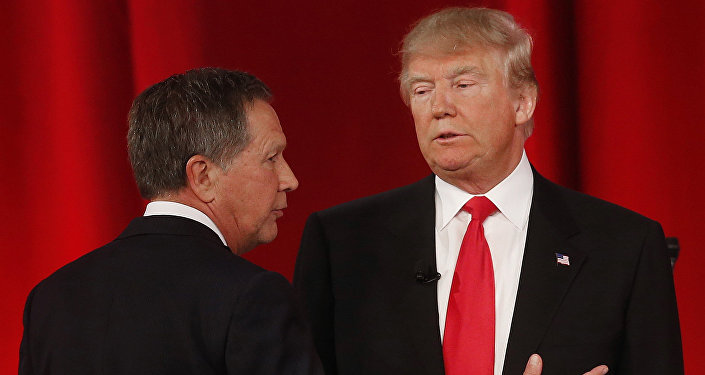 A special election in Ohio's 12th District, caused by the resignation of Rep. Pat Tiberi, closed Sunday with the result too close to call, the New York Times reported Monday. Both Kasich and Trump have endorsed the candidate from their party, Troy Balderson, but Trump on Monday turned his guns on Kasich after the governor fired a rhetorical broadside at the head of state over the result on NBC's Sunday show "Meet the Press."

Kasich laid the blame for the too-close-to-call election on Trump's shoulders, saying that the failure of a Republican candidate to easily secure a once-strongly conservative district was "a message from the voters to the Republicans that you've got to stop the chaos and you've got to get more in tune and stop alienating people and try to figure out, how do families do better."

"People just want the government to do its job, to improve the situation for them," Kasich said. "Not to be… on the front page and creating a chaotic environment all the time. They don't want that."

Trump fired up his thumbs the following morning, posting on Twitter Monday that the blame was actually Kasich's, saying the Ohio governor "hurt Troy Balderson's recent win by tamping down enthusiasm for an otherwise great candidate."

The very unpopular Governor of Ohio (and failed presidential candidate) @JohnKasich hurt Troy Balderson’s recent win by tamping down enthusiasm for an otherwise great candidate. Even Kasich’s Lt. Governor lost Gov. race because of his unpopularity. Credit to Troy on the BIG WIN!

​The governor of the Buckeye State responded in epic fashion:

​It would be difficult for us regular netizens to come back from having an animated GIF of Putin cackling at us thrown in our faces in response to fierce criticism — but for POTUS, who's faced such intense criticism from both his own party and the political opposition about alleged — but unproven — collusion with Russian actors to win his election?

There's no recovering from that.