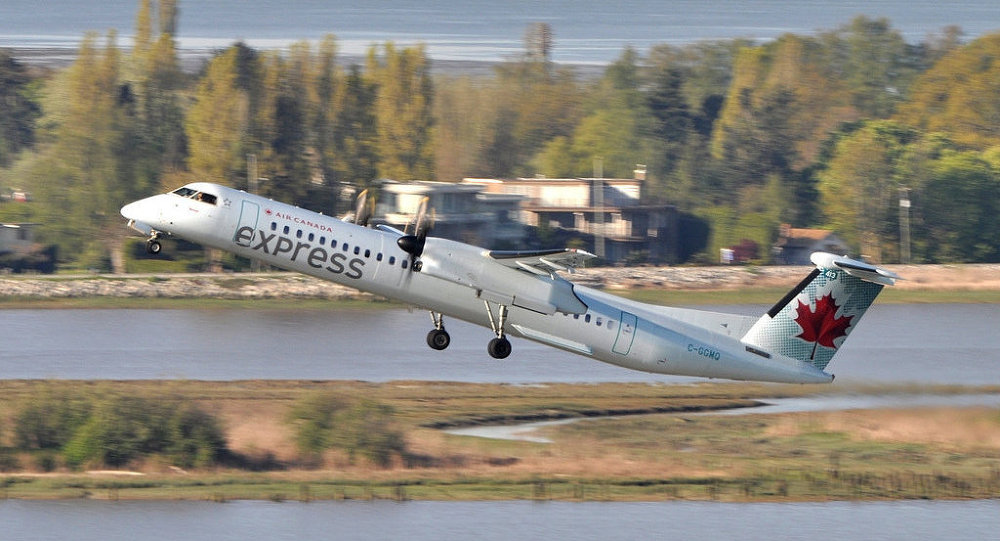 The plane came down nearby shortly after the unauthorized take-off, local authorities have confirmed. The man who stole the plane was reportedly a 29-year-old mechanic who called himself “a broken guy.”

A man reportedly made an "unauthorized takeoff" in a Bombardier Q400 turboprop from Seattle-Tacoma International Airport on Saturday, tweeted Alaska Airlines.

We've confirmed a Horizon Air Q400 that had an unauthorized takeoff from SeaTac around 8pm has gone down near Ketron Island in Pierce County, WA. We're working to confirm who was on board, we believe there were no guests or crew on board other than the person operating the plane.

F-15 fighter jets chased the rogue plane, which had no passengers on board. It crashed near Ketron Island in Puget Sound some 25 miles south-west of the airport.

Per JBLM source: After being contacted by F-15’s, stolen plane began to nose dive, crashing in north Pierce County. #KOMONews

Videos on social media showed the dramatic flight being trailed by what looks like a military aircraft.

Video of the stolen Q400 out of @SeaTacAirport being chased by an F-15 pic.twitter.com/L2RhTJnpga

The sheriff's office described the crash as "not a terrorist incident" and added, as quoted by The Seattle Times, that the hijacker was an unknown 29-year-old mechanic who crashed the plane either doing aerial tricks or because of poor flying skills. According to the airline, "a ground service agent employed by Horizon Air was the individual responsible for flying the Horizon Q400."

More video of the stolen Q400 as it flew around the Seattle area. pic.twitter.com/Mzpuo4lvC2

The unauthorized pilot was reportedly speaking to an air traffic controller, who failed to convince him to land the aircraft safely. The man called himself "just a broken guy, [who] got a few screws loose."

Update
Video shows a Bombardier Dash 8 Q400 flying near Seattle with a fighter jet close by.

The Air Q400 aircraft, also referred to as a Dash-8, is operated by Horizon Air, a sister carrier of Alaska Airlines that flies shorter routes in the western US.

'The Aircraft Was Old': Possible Causes Behind Havana Plane Crash