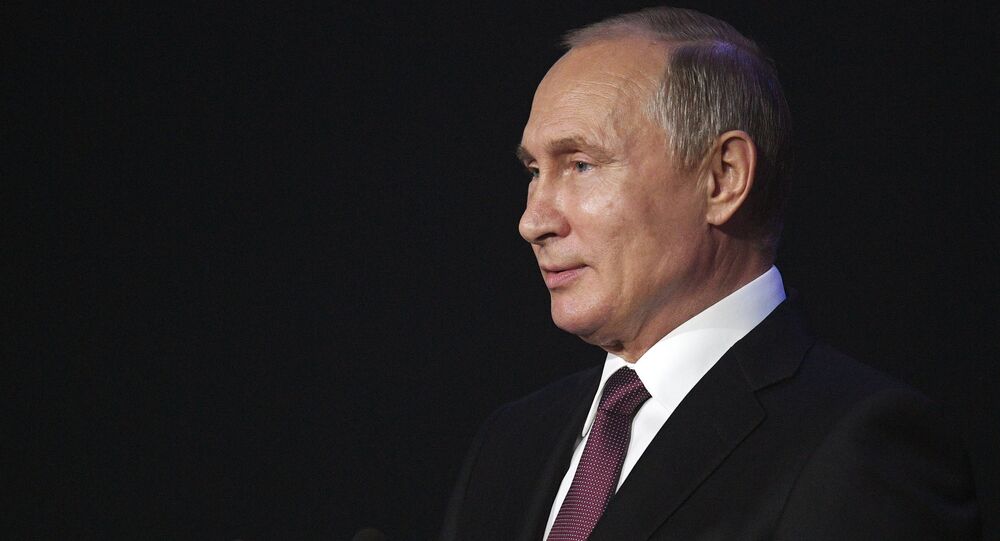 The Democratic candidate in Ohio’s 12th district may lose his bid for the House of Representatives - and some liberal leaning celebrities are freaking out and blaming Russia.

Sputnik News spoke with Alan MacLeod, author of a recent, momentous analysis in Fairness and Accuracy in Reporting (FAIR) entitled "The Utility of the RussiaGate Conspiracy," arguing that Democrats have embraced a "new McCarthyism," weaponized to stifle the party's left flank, to its overall detriment.

"That a third party vote could be considered somehow treacherous is a sign of the decay of the American political climate," MacLeod told Sputnik News.

It's an extremely close race, and anticipation over the results appears to be more than many can handle. Tweets chastising Green Party voters (potentially the Democrats' favorite foe, second only to Russia) made the topic trend on the Twitterverse Tuesday night.

Verified Twitter users, or in the platform's parlance, blue checks, jumped en masse onto the anti-Green bandwagon to tell Green Party voters that they had, unwittingly, voted for the GOP.

As if that line were not absurd enough, "Who's the Boss?" actress Alyssa Milano placed the blame for the potential Democratic loss on Russia. "Because of our unwillingness to pass policy that protects our election integrity, I immediately think the Green Party votes tonight are Russian meddling," she tweeted.

While supposed Russian meddling isn't alleged to have actually altered any ballots cast, Milano seemed to suggest that some kind of Russian operation influenced the Green Party voters. "Why else would anyone cast a protest vote in Ohio when there's so much at stake?" she wondered.

"Quotes like this also speak to the entitlement of the Democratic establishment, who seem to believe Americans automatically owe them their vote and they do not have to earn it by offering policies that would benefit the population," MacLeod said.

The allegation of election meddling flies in the face of recent news from Facebook, which banned a number of accounts and pages for activity supposedly consistent with the Internet Research Agency, an allegedly Kremlin-run troll farm bent on influencing America's voters with everything from psychedelic mindfulness memes to, well, Christian memes.

The main account banned by Facebook in its latest round of deletions, Resisters, was explicitly anti-Trump, and the other accounts identified by the company were either completely apolitical or left-leaning. While Facebook didn't make any mention of the midterm elections in its announcement of the bans, the notion that the pages were seeking to sway voters penetrated deep into the mainstream media.

American founding father Thomas Jefferson once wrote that "an educated citizenry is a vital requisite for our survival as a free people." If the voters of Ohio's 12th District constitute an informed populace, it would take a heavy dose of meddling to get them to vote for Joe Manchik.

"My distant relatives originally came to planet Earth from a planet orbiting a star in the Pleiades star cluster located in the constellation of Taurus," the candidate says on his Facebook page; he also maintains staunch anti-war positions. This is Manchik's second time running for the US House of Representatives on the Green Party ticket.

"It is the height of hypocrisy for the United States to be shocked at foreign interference in elections of a sovereign nation, as it not only interferes in other countries' elections (including Russia's 1996 presidential election) but promotes and supports coups around the world, for example in Honduras in 2009 and Venezuela in 2002," MacLeod said.

"There are problems with the US election system, but the threat of foreign interference pales in comparison to the active voter suppression and gerrymandering that has been taking place for decades in plain sight," he added, "Addressing these concerns would improve the integrity of the elections far more than any actions to address potential foreign interference."

"I think the current climate is setting a dangerous precedent where any vote or political action challenging the two party consensus is predetermined to be the work of Vladimir Putin and not a genuine expression of political will," MacLeod said. "We may be going down a path where any dissent is dismissed as illegitimate."