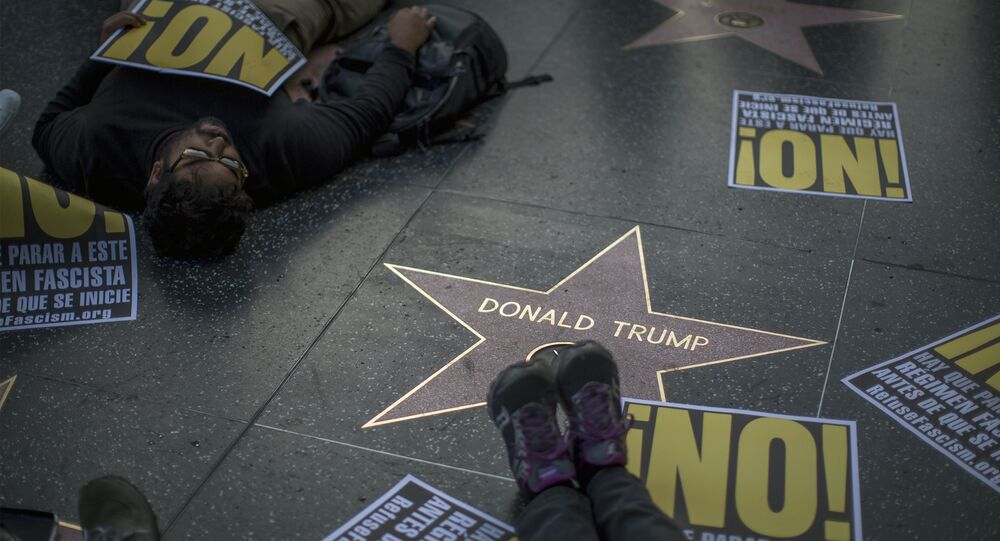 West Hollywood City Council members proposed a resolution Monday night encouraging the Hollywood Chamber of Commerce to remove President Donald Trump’s star, citing his “disturbing treatment of women and other actions that do not meet the shared values of the City of West Hollywood, the region, state, and country.”

The council is expected to send a formal letter to Los Angeles Mayor Eric Garcetti, the Los Angeles City Council and the Hollywood Chamber of Commerce to consider removing the monument.

However, a statement from the Chamber suggests that it’s unlikely it will act.

© AFP 2020 / ROBYN BECK
WATCH Men Dressed as Russian Soldiers Guard Trump's Hollywood Walk of Fame Star
Earlier, the West Hollywood City Council introduced the resolution to remove 45th’s star, which was awarded to him in 2007 at the height of his “Apprentice” fame, citing “a number of disturbing instances concerning Mr. Trump’s treatment of women,” the current administration’s immigration policy, denial of climate change, as well as the president’s inability to “hold Russia accountable for its crimes.”

Since Donald Trump took office, his Walk of Fame star has been vandalized on multiple occasions – and even reduced to rubble twice. The most recent incident took place in late July when a pickaxe-wielding vandal smashed the Hollywood landmark.