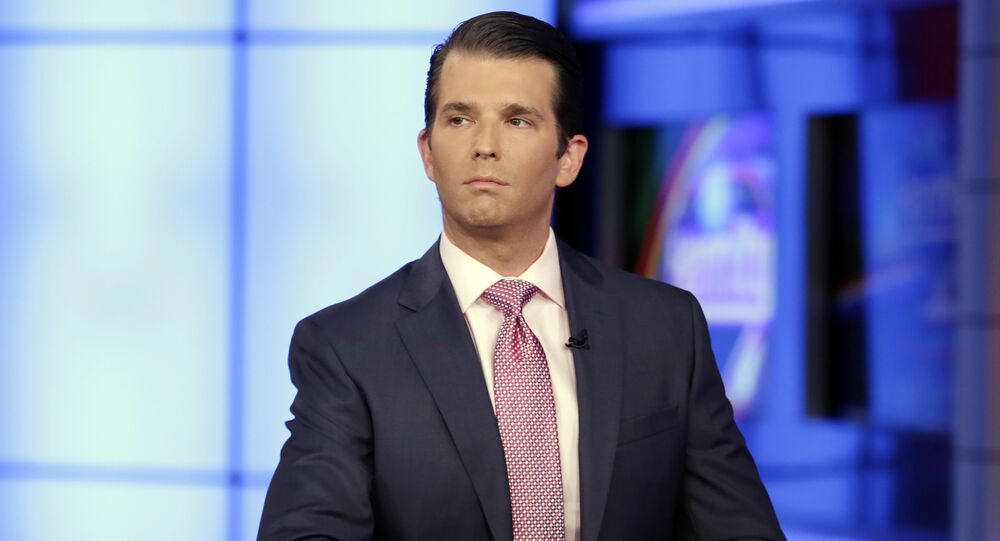 WASHINGTON (Sputnik) - Donald Trump Jr. has likely violated the law by providing false statements to the Senate Judiciary Committee about a meeting with Russians in Trump Tower during the 2016 presidential campaign, Senator Richard Blumenthal said in a statement on Tuesday.

"Lying to the Judiciary Committee is a crime — which Donald Trump Jr. seemingly committed," Blumenthal wrote in the statement on Twitter.

The senator stressed that Don Jr. must provide public testimony to the Committee again, saying the American people have the right to know the truth.

President Donald Trump said on Twitter on Sunday morning that the subject of his son's meeting with Russians was not about the adoption of children, but rather about obtaining information on his political opponent. Trump Jr. has previously denied that he agreed to talk to sit down with Russians in order to obtain dirt on then-Democratic candidate Hillary Clinton.

READ MORE: This Is Who We Are: MSNBC Guest Drops Sh*t-Bombs About Trump on Live TV (VIDEO)

The US President claimed that getting information on an opponent is absolutely legal. However, federal campaign finance law states that it is not legal to ask for or accept any donation from a foreign national. Lawyers suggest that soliciting opposition research is considered a civil violation and could be subject to a fine.

While the probe has been going on for more than a year, President Trump has changed his story about the meeting that took place in June 2016 and involved his close associates.