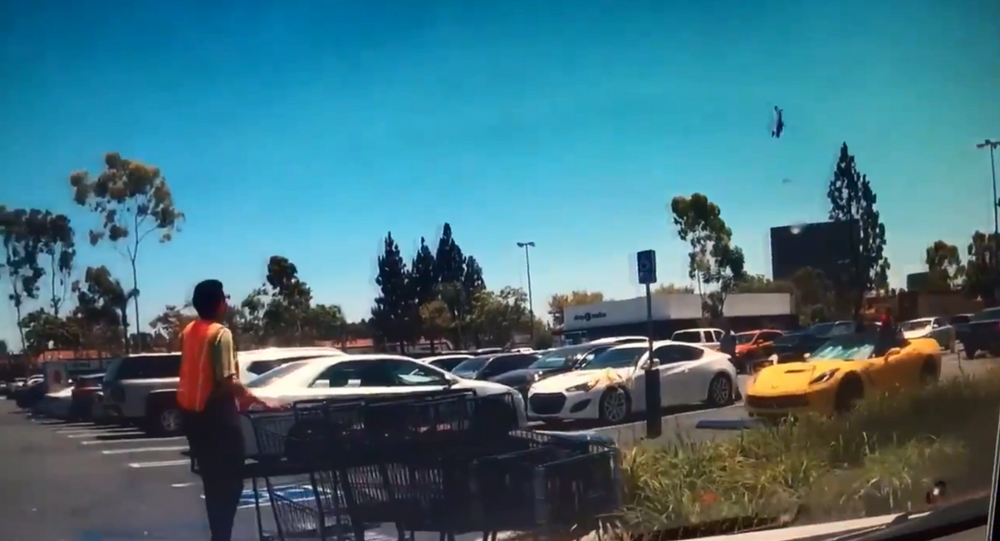 All five passengers on the plane were killed when the plane crashed into a parked car, which was unoccupied at the time of the incident. No one on the ground was injured.

​Witnesses told reporters on the scene that they'd heard the plane's engine cut out as it came crashing down.

"My godson and I heard the noise, and then I looked up, and it was already lowering down," Connie Hernandez told ABC 7. "It, like, lost control, and it was twirling, and the more twirl, the more lower it came down, and then we heard the bang."

According to CBS News, all the victims worked for a real estate consulting firm in northern California and were traveling to a conference in Orange County when disaster stuck. The victims have been identified as Scott Shepherd, Lara Shepherd, Floria Hakimi, Navid Hakimi and Nasim Ghanadan.

The small aircraft, which left a hole about 1 foot deep at the site, crashed roughly a mile from the John Wayne Airport, its final destination.

Following the crash, the Federal Aviation Administration revealed that the plane's pilot had declared an emergency to air traffic controllers, but did not indicate what the issue was before the plane crashed. Officials have launched an investigation to determine what caused the plane to go down.